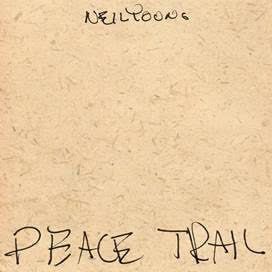 Neil Young releases the brand new studio album Peace Trail on Reprise Records. Peace Trail features all new songs that Young wrote since the release of his album Earth in June. This new album is primarily acoustic and reflects an intimate, sparse approach to each of the ten songs within. The album was recorded at Rick Rubin’s Shangri-La Studios and features Young on vocals and guitar, Jim Keltner on drums, and Paul Bushnell on bass. It was produced by Young and John Hanlon, and mixed by Hanlon.
description from www.roughtrade.com