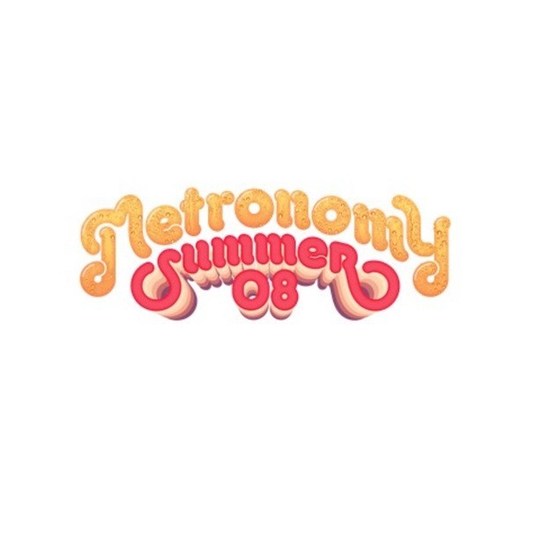 The quest for the funk is long and painful: just ask George Clinton and his acid-drenched search for the perfect bass pop. Throughout the years thousands upon thousands of brothers and sisters have fallen down funk’s crack, ending up in the sweaty pits of cod reggae or the humourless void of post punk. Not Metronomy. Those wily west country fellas have been sneakily pursuing the funk for years. With Summer 08, their fifth record, they’ve finally found it, and by gosh don’t they want to shout about it.

Joe Mount has always had an ear for a tune with a capital 'T', but never has he produced such a solid collection of instant classics. Opener 'Back Together' and the shimmering single 'Old Skool' pop along like a surreally soulful Devo after a few munches on some disco biscuits. Bizarrely Mount has been quoted as saying that he was trying to write a sequel to Nights Out, the group’s breakout 2008 record. Usually this sort of backwards thinking would result in dull, regressive music; however for Metronomy it has turned out to be a stroke of pure genius.

In the years since Pip Paine… and Nights Out the group had seemed to be more focused on recording albums than three-minute-hits. The two sides of the group, both new and old, combine gloriously in Summer, creating a pure pop climax some of the supposed greats of the genre would be proud of.

This success is in no little part down to the funkiness of every little beat throughout the album. The funk runs like a vein throughout all ten songs on the record and at times it even evolves into something even greater. '16 Beat’ is toy-shop Michael Jackson in a middle England nightclub. It's sexy, it’s weird and it makes your hips do this thing called ‘shaking’? It’s quite a sensation, and I tell you what. It doesn’t half feel good.

The weirdness gets turned up a notch when Robyn comes around to play. That’s right Robyn, of pop star fame from the charts. Usually guest spots on albums jar massively with the flow of things, but not this time. ‘Hang Me Out To Dry’ is pretty much the Twin Peaks theme at the disco. If this doesn’t sound like the best thing ever to you then the chances are you might not have been listening to music right all of these years.

Like any good party, the funk-flavoured or not, there is always one hell of a comedown. On Summer 08 the glumness comes in the form of the drippy and soppy ‘Love’s Not an Obstacle’ and the draining west coast hip hop of ‘Summer Jam’. While these two songs are like a bucket of cold water to the face they are necessary. You can only party so much in 30 odd minutes, after all. The latter song in particular takes chill out hip hop, or chill hop as no one is calling it) to new levels. Its slow rhythmic thrust could send even the wildest insomniac to sleep.

If Summer 08 has taught us one thing, it's that you don’t find the funk, the funk finds you. When it finally does, and I’m sure it will to each and every one of you, the results will be glorious. Until that day comes though, we can always just listen to Metronomy.