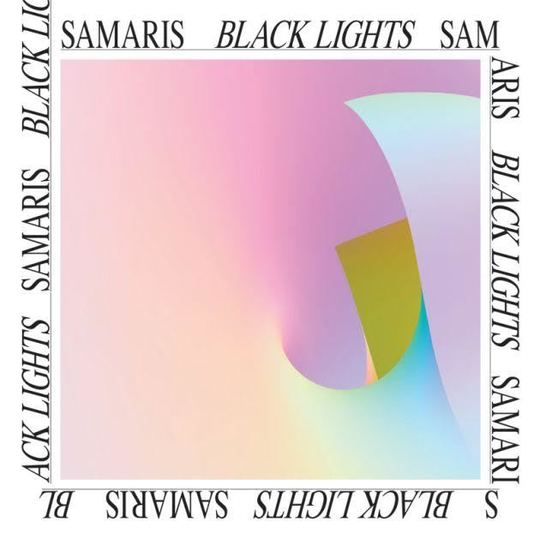 Things have changed in the Samaris camp since the release of their debut full-length Silkidrangar. For one, each of the three members has followed a different path: programmer and synth wizard Doddi immersed himself in Berlin’s techno scene, clarinetist Áslaug went to study sonology at The Hague, and vocalist Jófríður set out on a journey to discover new cultures and music. These divergent paths could have led to second album Black Lights being a more fractured affair, but in fact, the opposite is true - not only is it a more focused and cohesive record overall, it also blends the three members’ talents more seamlessly. Whereas Silkidrangar juxtaposed vocals, clarinet and electronics, Black Lights blurs the lines between the three musical disciplines - while synth lines have been recorded live in places, clarinet samples were chopped and altered to create entirely new sounds, and vocals have been layered and warped - the end result is a record that doubles down on the band’s electronic influences. The final notable change is that the band have taken the decision to sing in English rather than Icelandic - a fact which also reflects a change in lyrical focus away from traditional poetry and towards more personal themes.

Debut single ‘Wanted 2 Say’ demonstrates all of this aptly. The brief introductory swell of clarinet quickly gives way to a propulsive breakbeat, which lays the ground for the band’s most infectious track yet. Beautiful synth swells and arpeggios dance around Jófríður’s confident but troubled vocals. In contrast to the upbeat tempo of the song, the core lyrics seem resigned, even defeated - “This is the thing I wanted to say/what is the point of making it right?” It’s the first sign that the contrast between dark and light is even more pronounced than it was on Silkidrangar - and in that sense, it’s fair to say that Black Lights more than lives up to its title.

Much of the darkness comes from the album’s overarching theme of fractured relationships - the title track’s longing for a lover’s return isn’t without a sense of reticence, while ‘Gradient Sky’ contrasts its dreamlike atmosphere with a nostalgic sadness. Indeed, the band's idiom has shifted from bleakly beautiful to beautifully bleak. 'T3mp0' has an air of corrupted tranquility about it, matched by an the uneasy lyrical theme of feeling out of sync with your partner (or, perhaps, the world at large?). But if 'T3mp0' sees the record slipping into heartbreak, 'I Will' is drowning in it - Jófríður’s fragile voice gradually submerges into a mire of enveloping electronics and sub-bass, with Áslaug's clarinet sounding an almost funereal note. By contrast, ’R4vin' is the group's final attempt to reach for the light. Aside from 'Wanted 2 Say', it's the most propulsive track on the record, but despite its shimmering synths and escapist lyrics, (“our dreams are more vivid than ever”), there's a sense of inevitability that the darkness will catch up with them (“with our backs towards the sun/never face what you run away from”).

That inevitability is borne out in the final third of the record, starting with '3y3', which is sonically a direct descendant of Silkidrangar's 'Hrafnar' - but instead of the abstract threat of birds as an ill omen, the lyrics suggest a more direct cause of harm, perhaps an emotional betrayal “your eyes won't talk about it/it's not theirs to tell.” 'T4angled', meanwhile, sees the band offer their personal take on melancholy R&B - the frosty production and minimal beats mixed with a deeply yearning vocal performance - this time, lamenting a relationship in seemingly terminal decline. But if you’re hoping for resolution, ‘In Deep’ offers little comfort, with knife-edge vocal tension juxtaposed against a dense sonic backdrop. Even at its end, the final, uneasy strains of clarinet only serve to lead us back round to the beginning of ‘Wanted 2 Say’, completing a thematic loop.

Ultimately, Samaris have traded expansiveness for focus on Black Lights, but without losing their ability to create uniquely atmospheric electronica. It’s easy to feel like the melodic clarinet lines of Silkidrangar are missed, but there’s not really anywhere for them to go in this brave new world, and Samaris clearly recognised this while creating the album. An uncompromising and confident step forward for the Reykjavik three-piece.