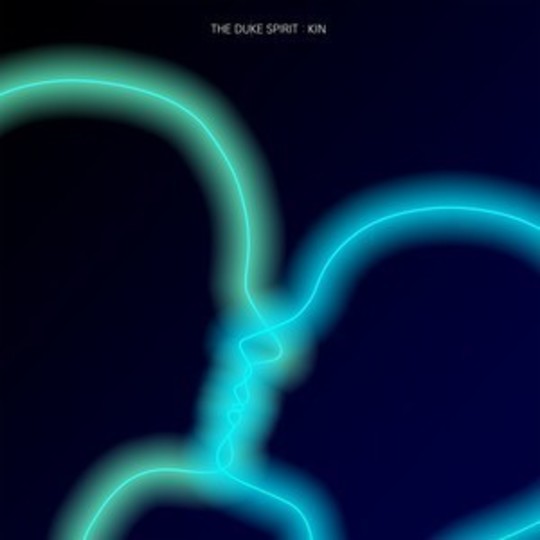 Time out from the band is sometimes one of the most creative and rejuvenating things to do. After The Duke Spirit finished touring their last album, Bruiser, they took over two years off to focus in other projects.

And when they came back together early last year to record Kin ,something special evidently occurred. Within three weeks they had laid down ten tracks that easily stand out as their career best. The sound captured here transcends the imitable Sonic Youth/ Velvet Underground/ PJ Harvey styling of their earliest material that thrilled listeners looking for some respite from the Maximo Parks and Franz Ferdinands that were ruling the roost at the time.

Kin also comes across as more convincing than Bruiser because the band don’t appear to be caught between chasing a more sophisticated slickly produced sound and being a gritty rock band. The thrill of being a band again with an arsenal full of ideas means it's a lot more focused. They've managed to create powerful rock and tender ballads without needing to rely on the guitar riff as a means of expression - energy simply oozes out of their every move. Drums are at the forefront, as are dense vocal melodies, effect-laden tremolo guitar, and gritty bass playing that would work in a Queens Of The Stone Age affiliated band. Together it works a treat.

Especially strong is opener ‘Blue And Yellow Light’. 6music has been all over it. As has James Lavelle of UNKLE, who had the band record a track for his album back in 2007. Lavelle evidently feels the bewitching melody and lyrical competence are worth his time and he's made a spell-binding remix that appears on the deluxe version of Kin. The track now gets played at clubs all over the world, giving the band, who are less well known than they deserve to be, some decent exposure.

The next stand out is, ‘Wounded Wing’, a duet between singer Liela Moss and Mark Lanegan – who needs no introduction. It’s one of the most sedated cuts in feel, yet it in its bleakness comes a haunting quality that shows Moss deeply connected with the words she delivers, there’s so much sincere emotion that all the band appear to lock into the mood of what’s going on. The drums make a gentle splash at all the right moments, whilst the guitar adds to the main vocal melody without distracting from it. The vision of the songwriter is perfectly intact thanks to these sensitivities.

In stark contrast in energy is ‘Hands’, a brutal rock onslaught with visceral drumming, punk bass, and a lot of ethereal effects, and reverb coating the soaring vocal melody. This was chosen as a single to promote their album. If ‘Here Comes the Vapour’ wasn’t six minutes long it would probably have been considered as a single too. The trumpet works brilliantly giving it a Sigur Ros-esque flair. Meanwhile, the density of the vocal melodies are equally as impressive as what’s going on on ‘Blue And Yellow Light’. This ambitiously layered symphony is remarkable considering how quickly they managed to pull off this album, which, if there's any justice in the world, should see a late resurgence in interest in the band. Great survivors of noughties indie who've never given up their integrity, and like a good wine, have obtained more character and quality with age.