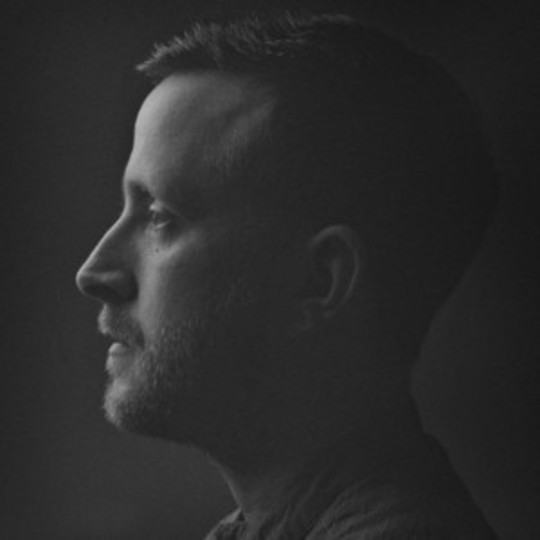 Most of us would probably admit to idle moments spent drifting off into the daydream of a non-stop whirl of decadence touring the world with your mates, playing every night to sold-out rooms full of people singing along to your every word. However, over the last couple of years, it feels like there’s been a bit more focus in the press on the darker side of life as a professional musician. Indeed, fairly recently we’ve seen several particularly important pieces of journalism which have pointed out just how destructive such a life can be.

Barry Hyde is an artist whose story illustrates this point. He’s very eloquently articulated the mental health problems he’s faced, so there’s no need to dwell too much on the details here, but suffice it to say, a decade as the front-man The Futureheads had a significant impact on his well-being. It’s these travails which have bred his debut solo album Malody, a collection of songs which is at once a document of what he’s been through and a means of taking ownership of it all.

The most immediately obvious thing to anyone familiar with Hyde’s past work is that in a musical sense, Malody couldn’t be further from anything he’s ever put his name to. While the agitated urgency of The Futureheads’ songs led to repeated comparisons to the likes of XTC and Gang of Four, this is a record so emotionally naked that it calls to mind PJ Harvey’s White Chalk. There’s absolutely no easing us into things here, with the album’s very first lines summing up Hyde’s head-on approach to his subject matter: “How can I expect this madness to end / by staring at myself and tearing myself apart?”.

As the context may lead you to expect, the idea of identity seems to be pretty central to Malody. The jittery piano riff of ‘Monster Again’ as well as Hyde’s repeated incantations of “Who am I? What am I? Who am I? What am I?” make for an unsettling enough gothic horror soundtrack, but it feels all the more unnerving when you remember it represents the very darkest experiences of the person delivering it. An easy album this is not, but it’s a magnificent one all the same.

Hyde’s piano work is just as much a part of what makes Malody so impressive as his eviscerating emotional honesty. At the outset he veers from the slow-dance plaintiveness of ‘Intro’ straight into the finger-numbing mania of ‘Blixer’, before going on to showcase a classical and faintly theatrical bent elsewhere. The vigorous bounce of ‘Sugar’, meanwhile,is a slight nod to his past life as a purveyor of sharp pop songs, even if it is punctuated by a vaudevillian interlude and features lyrics about soul-sucking vampires.

The versatility of his piano-playing is also mirrored by his vocal delivery. It’s always been clear enough that Hyde possesses a powerful voice, but he’s never quite had the chance to use it to produce such emotional impact before now. The likes of ‘Lonely’ as well as a poignant take on Prince’s ‘Sometimes It Snows In April’ are probably the most immediate examples of his ability to impart pathos. However, over the course of Malody, Hyde conveys such a vast spectrum of emotion with his voice that it makes you realise he’s been sorely underrated as a singer for a lot of years.

The most rewarding albums are often the ones which come out of nowhere and take you completely unawares, and Malody is such a piece of work. To have taken the most complex psychological crisis and distilled it into a record which is not only so powerful but also so coherent and assured is awe-inspiring. Malody is a towering testimony to the power of song and marks the (re)birth of an exceptional artist.