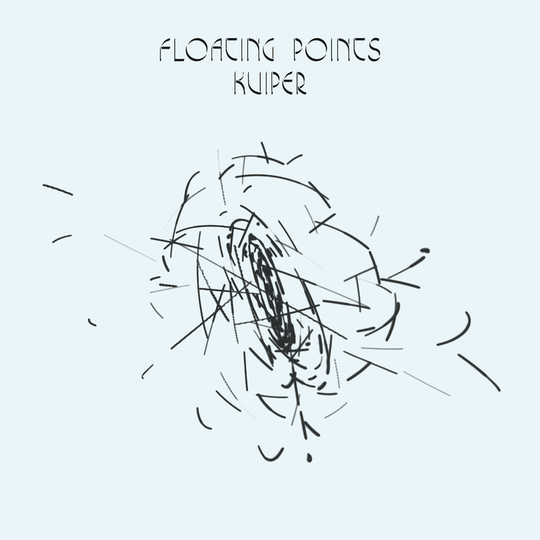 Anyone can make music in the digital age, they say. Sure, go ahead, then. And anyone can write a blog, and anyone can snap a photo on a cell phone. But the writer chisels that blog into a voice; the photographer hones the camera onto a vision. Anyone can create these things, but the artist creates a thing that speaks.

Sam Shepherd doesn’t just write music. Under the Floating Points moniker he’s built whole cities from the ether of his computer, clockwork worlds where the illuminati of jazz fusion reclaim house from the dancefloor. Here’s a guy that flies to Chicago, Brazil, and India to dig for vinyl; who’s studied music tech in the textbooks at uni and from the soundboards of other producers; who can tell you anything and everything about any label he’s ever loved. This isn’t pretension – this is the ambition of the introspective, unassuming but intense, quiet but indelible. And for those who share the same withdrawn perspective, last year’s Elaenia (Shepherd’s debut album) was a small paradise, aglow with Chick Correa-like keyboard flights, crystalline jazz rhythms, and gaps to breathe in. It’s the work of someone who cares – not just about what gear makes which sounds, but about what emotion each sound evokes.

For fans of Elaenia, then, Kuiper, then, is a curious proposition. Shepherd wrote both the title track and its flip, “For Marmish Part II” (part I was on the LP), at the very beginning of the whole Elaenia project – and, ergo, represent some of his first works for his new band. Don’t think that this EP is just some convenient stopgap, though. With a combined running time of over 33 minutes, Kuiper is nothing less than an odyssey of chiaroscuro, equal parts motorik horsepower and sublime bliss.

I’d begin to map out 'Kuiper' - the dusky slopes, the valleys lined with fog, the unnamed streets that emerge from the gloom like tendrils and twist upwards into menacing trees. But a catalogue of scenery wouldn’t capture the triadic thrust of drum set, drum pads, and bass, the blood pulse that eggs everything to a thrilling rush. The prickling, Edge-like guitar weave that trims U2 songs with glitter coils round the groove like a [thorny vine-like plant]. Shepherd calls 'Kuiper' a favorite for live gigs, and it’s not hard to hear why – as the drums buck into a frenzy and the synths whoosh into reverse loops at the 8-minute mark, you could easily see crowds of folks gripping the edges of their seats, bracing for the roller coaster ride ahead.

Then, 15 minutes into 'Kuiper', just as Floating Points should wind down and call it a day, they sprawl into a Pink Floyd-ish jazz jam, replete with scorched guitar and waves of wah-wah. Shepherd’s never let his hair hang loose like this before (metaphorically speaking) – you’d be similarly shocked if you caught Brain Eno flailing Hendrix style into a guitar solo. You’d watch, though, cos you’d expect something genius to happen. And sure enough, cashmere violins swell up and over the jam into a breathtaking climax, one that could toss even the wariest cynic into a daze.

No such unexpected delights await on the flip – which isn’t to say that 'For Marmish Part II' is bad. Nor is it a rehash of Elaenia’s candlelit 'For Marmish'. What Shepherd dubs 'part II' more resembles a swift but smooth river, wherein the listener may float indefinitely on its starry Return to Forever wake without fear of harm. The contrast suits the single well – after the bold journey to parts unknown in 'Kuiper', 'For Marmish Part II' arrives to gently carry the listener home.

Elaenia was the sum of an actualised dream, a classical composer finally united with an ensemble to write for. Kuiper, then, is the sound of those dreams taking flight – and we should be honoured to witness it today. Find this and treasure it.

The Dream is Over