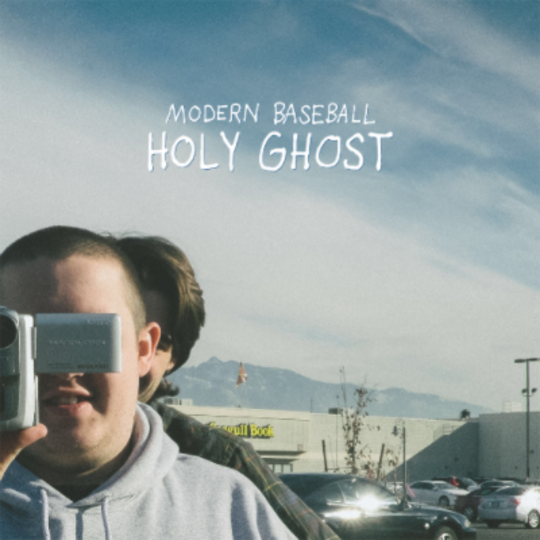 Modern Baseball are one of those groups which ended up as an honest-to-goodness band almost by accident. It began with a pair of teenage friends writing songs on acoustic guitars in a small town, before university allowed them to lay down their tracks in a proper recording studio for the first time. To make their first record, they brought in a pal on bass, and then a drummer, before being signed for their second LP of snotty pop-punk.

A couple of years later, we get Holy Ghost, the first of their releases recorded by someone outside of the band. Bringing in An Actual Producer suggests that this record would be an even more emphatic announcement of Modern Baseball’s status as a fully-fledged band-with-a-capital-B. But actually, Holy Ghost points back towards their own origins; offering a stark reminder of the dual-songwriter acoustic duo at the project’s core.

Modern Baseball have always done a great job of blending the distinct song writing and vocal performances of co-frontmen Jacob Ewald and Brendan Lukens. On Holy Ghost, however, the division is made explicit. The record is split exactly down the middle; Ewald’s songs making up the first half, Lukens’ making up the second. It’s quite curious decision, resulting in a record that doesn’t cohere very strongly, presumably by design, despite running at a svelte 28 minutes.

Ewald remains the chattier performer, with his songs making up the album’s darker and drabber sounding front half. The usual elements of the Modern Baseball sound are present and correct: crunchy palm-muted power chords; simple melodic runs of lead guitar; and an endearing fixation on run-of-the-mill detail (“Days like this I miss listening to records, making coffee together, snow globes and Jersey sheets”).

What’s gone is the youthful abandon, and the shrug-off humour. Putting aside the lyrical content, Ewald simply sounds like he’s getting older. His even tone is reduced to a borderline spoken word performance. A chorus refrain of “there will be no more fucking about today” couldn’t sound less convincing, and by the time we hit the mid-point strings of the autumnal ‘Coding These To Lukens’, it’s clear that we’re dealing with a different band whose mantra used to be ‘whatever, forever’. It’s matured, but muted.

Lukens’ contributions erupt out of nowhere; releasing a palpable sense of tension which has built across the front half of the album. You can almost see stage divers hurtling through the air in relief. And even by Modern Baseball’s previous standards, not just in comparison to Ewald’s offerings, these songs contain some of the band’s punchiest work to date – two minute powerhouses of snarling, shimmering distortion, climaxing in blistering shout-along hooks. This half offers stronger material, but it’s less coherent than Ewart’s 15 minutes.

Because of its unusual structure, Holy Ghost rarely manages to play to all of its strengths at once. It’s a bold choice, both interesting and admirable in its way, but it’s hard to get past the fact that it undoubtedly lifts towards its conclusion – building towards an energy it never properly inhabits. Its final song is its best – a driving, anthemic moment of catharsis which proves that Modern Baseball doesn’t have to go full pelt to achieve full effect. Hopefully their next record will go back to melding their strengths in this way, rather than dividing them into disparate halves.