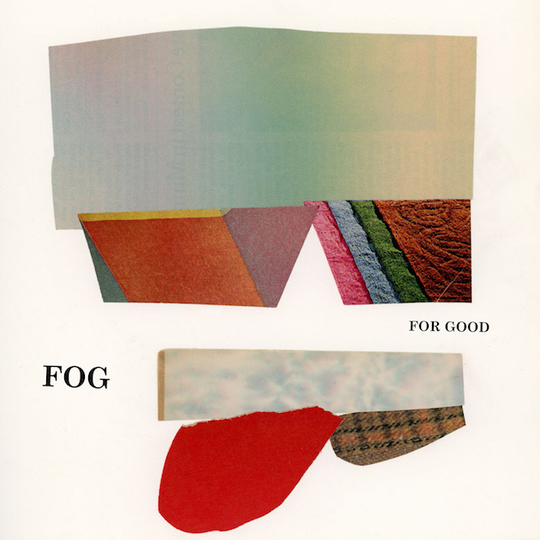 This might be the first Fog album in nine years, but it’s not as if Andrew Broder has been asleep the whole time. He’s released three freeform instrumental records via Bandcamp, along with an EP of bleak, vital hip-hop with Crescent Moon. Oh, and formed a straight-ahead rock band, The Cloak Ox, who recorded and toured behind their debut full-length in 2013.

All of this is relevant because these outlets leave little traces across For Good. There is classic piano balladry, anxious rap and inspired beat collages to be found, along with a welcome return to the turntablism that characterised Fog’s early records. However, what’s immediately apparent is how much Broder’s voice has grown since his last appearance as Fog. Where it once scratched and strained around a melody, here it pretty much soars. On the title track that opens the record, Broder confidently builds the music around his vocal, which carries the song from an Eels-esque piano apology to a proud, wonderfully restrained climax. ‘Jim’ is also a vehicle for his voice, leading the calm verses out to a paranoid, relentless coda.

Where previous Fog LPs had a tendency to drift and become a bit aimless, this is the most focused Broder has ever sounded. Clipping the length of the record to just eight tracks, he allows each one to develop its own personality. ‘Sister Still’ has a brooding trip-hop backbone that would be a fine song in itself, but Broder uses it as a base on which to build scratches and cutting jazz interludes. The first single, ‘Trying,’ is also its heart, breaking itself down and building up again in a new form. It contains far too many ideas, and really shouldn’t work but absolutely does. The music promises catharsis but never really delivers anything except creeping dread, ably aided by a video that’s the most frustrating thing I’ve seen this year. Go check it out – I put it on when I had a massive hangover and thought I was going to die.

There’s always been seething anger to Fog, but on For Good it backs off to sit contentedly alongside a real sense of peace. The gentle piano songs are rooted in minor chords, but no longer seem in service of terrible pain. For someone who once sang ”in the bathroom with the shower running and my clothes on / I figured out that I hate you all,” that’s a pretty astounding arrival.

Ultimately, what you take from this record will depend on your previous experiences with Broder. If this is your first encounter with Fog, it’s likely that his other albums under the moniker will appear a little formless and disappointing. I remember that every time he brought out a new record, I would feel like he never had enough genuine ideas to make an album, instead filling them with sound collages and undernourished half-songs. However, For Good was made with the help of Kickstarter and seems like a real love letter to those who have followed his evolution since the Ninja Tune days. It’s the most complete body of work that Broder has ever put together, as Fog or otherwise, and bursts with creativity and commitment. Despite its awkward and challenging nature, listening to it makes me really happy. I’m pretty grateful for its existence.