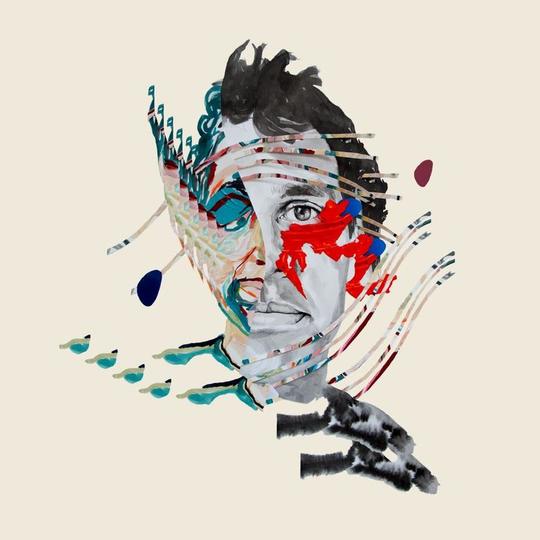 What happened to Animal Collective? In 2009 they couldn’t have been a bigger deal, the dazzling neon joy of Merriweather Post Pavilion sweeping them to the forefront of the indieverse, the crest of a wave that had built through the brilliant Feels, fine Strawberry Jam and Panda Bear’s immense solo album Person Pitch.

But then: hmm. Densely electronic follow up Centipede Hz was a more difficult album than its predecessors for sure, but it didn’t have the air of the pointedly awkward ‘look at us we are true artistes’ statement album, it just kind of felt like the next project, the band more influenced by the temporary return of fourth member Deakin than any awareness of their increased stature (likewise their ‘visual album’ ODDSAC, which might have seemed more like a statement if it had been released in a format that got any attention at all).
br>

Is any of this a problem? Well not as such, but there is something perhaps ineffably disappointing about the band’s refusal to either embrace their crossover potential or react violently against it. Instead they’ve just puttered on to another area of their musical explorations, recognisable as the band who brought us ‘The Purple Bottle’ and ‘Brothersport’ but doing little to either exceed or stomp on their old high watermarks.

In the determined modesty of first Centipede Hz and now Painting With…, Animal Collective 2016 curiously remind me of that episode of Seinfeld in which George quits his job, regrets it, and so just goes back in the next day pretending nothing had happened. Animal Collective became the world's biggest indie band, decided they didn't like it, and are just bumbling forwards as if nothing had changed.

The weird thing about Painting With… is that it should feel like a pointed hit record, consisting as it does of manically sunny Beach Boys-recalling pop songs. But somehow it doesn't. Part of that perhaps comes down to the fact that sounding a bit like The Beach Boys has been the default setting for about a gazillion also-run American indie-pop bands. But that can't really be it: Animal Collective aren't also-rans, and Painting With… certainly isn't bland. It is, however, quite irritating: the trio push the record's formula into borderline novelty territory, via cutesy samples and saccharine sweet excess that masks the humanity of their best work. And moreover it is a formula: it feels like almost every song is based on puppyishly jolly layers of electronics, thudding bass and a bouncy-yet-distant staccato vocal – usually from Panda – that sometimes feels almost identical song-to-song.

This is not to say it's a dead loss and occasionally it clicks perfectly: 'Natural Selection' isn't dramatically different to the rest of the record, but there's something brilliantly odd about the interplay between Panda and Avey's vocals, which are largely indecipherable but somehow more emotionally charged than anything else here, like REM blasted forward into the electric age.

But mostly it settles for its own manic pixie-ish little rut: if you think 'FloriDada' is the most mind-blowing single you're heard in an age and you're desperate for another 11 songs of equally puppyish busyness then you're golden. But even if you quite like 'FloriDada' you'll surely have the sense that much more in the same vein will likely turn your stomach. Painting WIth… feels like a band boffinishly determined to experiment with making iterations on one sort of song, because that's the thing that interested them the most at the time. There's a sort of admirable purity to this approach, and it suggests that if Animal Collective decide they'd like to make brilliant albums again then probably will, but this time they're probably better off painting alone.