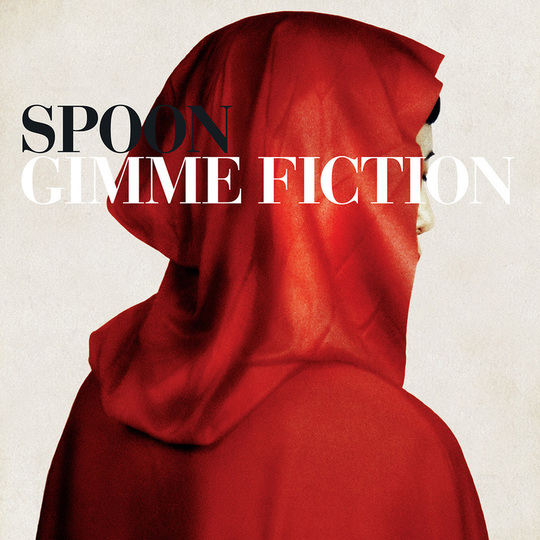 Spoon released Gimme Fiction, their fifth full-length, in May of 2005, almost exactly halfway through a decade in which they were the greatest band in the world. That’s according to Metacritic, anyway, who made a point of rifling through their databases to figure out, as the Noughties drew to a close, which band came out best when the aggregated scores of their output over that period was compared. Britt Daniel’s men ended up top of the pile. They’ve been an almost constant hit with the critics since their 1996 debut, Telephono, but they’ve only recently begun to cross over beyond a loyal cult following. Given their penchant for minimalism and unassuming nature, too, such a grandiose accolade never really seemed like the neatest of fits.

That said, it’s difficult to imagine confident answers being readily forthcoming if you were to ask how many bands put together a run of albums as consistent in their excellence as Girls Can Tell, Kill the Moonlight, Gimme Fiction and Ga Ga Ga Ga Ga from 2000 to 2009. We know now the Austin five-piece’s commercial standing has since been steadily on the increase lately; the art rock stylings of Transference in 2010 and last year’s blues-infused They Want My Soul both debuted at number four on the Billboard charts, but whether that’s translated into a broader appreciation of their back catalogue is another matter entirely. The timing of this tenth anniversary reissue of Gimme Fiction might be a touch strange, coming as it does in the release wasteland that is December, but at least there’s no need for hand-wringing over the motive; you shouldn’t need an excuse to try to bring songwriting of this calibre to the attention of the wider public.

Generally speaking, Spoon have never been a band given to jarring stylistic jumps from one album to the next, but by the time they came to start work on Gimme Fiction, they’d tweaked, refined and stripped back their signature sound - guitar rock that borrowed R&B grooves, with rhythm tracks capable of flitting between chaos and calm - to the point that they were beginning to paint themselves into a corner, with repetition seeming inevitable. In response, they put out their most diverse collection of songs to date. There’s no party line to tow, here; there’s room for the breezy pop sensibilities of ‘Sister Jack’ alongside the throbbing, psych-tinged bass of the spaced-out ‘Was It You’. It’s OK, similarly, for acoustic guitar and a barely-there beat to give Daniel’s razor-sharp lyricism centre stage on ‘I Summon You’, and it’s alright for a track like that to sit on the same disc as, say, the complexity of the string-flecked ‘The Two Sides of Monsieur Valentin’.

That’s probably chiefly because there’s such a sense of inimitability to the way Spoon sound; there’s enough consistent through-lines in the compositions to ensure cohesion. There’s a swagger to Daniel’s rasping vocals that he’s capable of manifesting in plenty of different ways, but that’s almost always discernible, whether it’s a measured croon on the simmering ‘They Never Got You’ or the layering of falsetto and baritone that serves as ‘The Infinite Pet’s calling card. The tautness of Jim Eno’s percussion and the usual sprinkling of effects-bare piano also feel like Spoon trademarks, even if they’re deployed in a broader variety of environments than usual. And yet, Gimme Fiction’s standout moment actually comes when they truly break rank, for once; ‘I Turn My Camera On’ is a masterful exercise in pared-back funk, the gloriously simple strut of the guitars leaving it to Daniel to do the heavy lifting with an intelligent, soulful turn that elevates the track to amongst the very best the band have ever written.

Adding to the sense that ‘I Turn My Camera On’ must have been summoned out of a moment of truly divine inspiration is the fact that it is the only track from Gimme Fiction not to appear in demo form on the second disc of this reissue, which includes early versions of every other song on the record as well as a sketch of the unreleased ‘Dear Mr. Landlord’, which made fleeting live appearances on the Gimme Fiction tour, and another called ‘I’ve Been Good Too Long’, the finished version of which, ‘Monkey Feelings’, was a UK-only B-side. It might have been nice to think that these previously unheard rough cuts would give us some genuine insight into the creative process behind a record that had Spoon so expertly walking a tightrope between a move away from the sound they’d spent so long honing and the need to strike for ambitious new territory, but a lot of them just sound like what they are - preliminary four-track versions ready to be taken into the studio and re-cut with the requisite polish. For the most part, then, the new material falls into the diehards-only category.

No matter, though - we should take whatever opportunities we get to go back and pick apart this band’s back catalogue, especially their Noughties output. Gimme Fiction sounds every bit as fresh and bracing as it did a decade ago, and Spoon are a band who lend such care and nuance to their work that, like the best novels or films, you’ll find things you’ve previously missed each time you revisit. If ever there was a fork in the road for the group, this album was probably it; knowing, as we do with the benefit of hindsight, that they picked the right route, Gimme Fiction sounds even more invigorating on reflection.