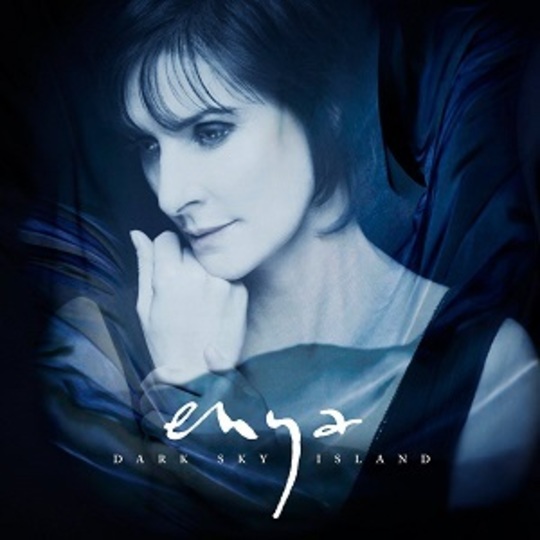 The success that Enya has enjoyed in her 25-plus year career is enough to make anybody jealous. Over 80 million albums sold to date, the extent of which has spawned its own economic term, 'Enyanomics'. The biggest selling solo artist to come from Ireland. Music that has soundtracked everything from heartfelt 9/11 tributes and Lord of the Rings through to car ads with Jean-Claude Van Damme, and has influenced artists as far flung as Bat for Lashes and Nicki Minaj.

Yet for all her success (or perhaps because of it), a lot of people tend to get awfully sniffy about her music, either dismissing it as boring, samey, uncool or as wishy washy 'New Age' (the last label I’ve always found to be rather odd, given that much of her music appears to be steeped in Catholic imagery, which is about as far away from 'New Age' as you can get). An episode of South Park even insinuated that her music can lead to murderous tendencies. It is my sincere hope that her ninth studio album, Dark Sky Island , will finally set the record straight, put those dismissals in the past, and finally respect Enya for the visionary talent that she is.

And it’s not because Dark Sky Island breaks new or unexpected territory for Enya. On the contrary, the album is more a continuation of everything that has come before. Right from the opening stabs of 'The Humming', we are firmly into familiar territory, with cascading piano lines, the infinitely multi-tracked vocals, and the warm, comforting lyrics that evoke the natural world so beautifully.

The familiarity occurs across the album, although in many ways this is intentional. 'Echoes In Rain' has been touted as a sequel to her signature song ‘Orinoco Flow’, and is Enya at her most joyous and uplifting, and quite possibly her best lead single since ‘Anywhere Is’. As the chorus implores, praise be indeed.

And just to prove that her music goes beyond us mere mortals, two of the songs are sung in a completely made-up language, Loxian, on ‘Forge of the Angels’, which is the closest the album comes to matching ‘Only Time’ and ‘The Loxian Gates’, which is the only song on Dark Sky Island to really surprise me, although largely because it sounds as if she’s buried one of Avicii’s trademark synths very deep in the mix. Enya is probably the only artist who could get away with making up a language without being accused of being big-headed - her music sounds like it comes from another world, so it makes perfect sense that her lyrics should too.

Elsewhere, we can see Enya pulling one of the tricks that so many musicians long for but few ever manage to reach - creating a song sounds like it has been around forever. Take the two big ballads of the album, 'So I Could Find My Way' and 'I Could Never Say Goodbye'. The lyrics are so timeless, the melodies so perfect that I had convinced myself that she had unearthed some long forgotten Irish folk standard, refusing to believe that they could not be more than a few years old.

There is the occasional misstep on the album - the vocals on devotional 'Sancta Maria' are layered on so thickly that the ends up sounding a little bit overpowering, which is quite the opposite of what you’d like to get from Enya, although within the context of the album it isn’t particularly off-putting.

Normally when a new record by an artist I admire sounds like it could have been made at any point in their career, there is a feeling that they are merely treading on past glories, unwilling to develop their sound beyond their comfort zone. However, when it comes in Enya, I am ready to make an exception to that rule. Yes, Dark Sky Island’s mix of Irish folk, choral music, pianos, synths and vocals with more layers than a 50 foot gobstopper; but the music of Enya is impervious to outside influences: if she didn’t continue to make it, then nobody else would.

Getting a new Enya album is akin to irregular visits from a far-flung, eccentric relative. Sure, you spend the extended time in-between their stays cracking jokes and laughing at their expense, but for the short periods of time when she graces us with her presence, we truly love every minute of it. If you’ve dismissed Enya in the past, then Dark Sky Island is the perfect opportunity to embrace an artist who is so much loved, yet very much under-appreciated.