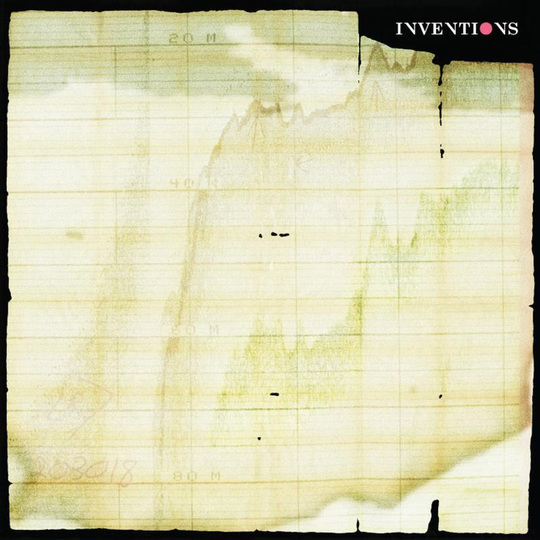 Is there such a genre as screen-saver chill? It’s a Temporary Residence release, so fair enough, there was always going to be a good chance Blanket Waves would be somewhat esoteric, but this is what it must be like to be inside Tom DeLonge’s head. ‘Being Tom DeLonge’. Scratches and bleeps, piano lines and violin hooks and baby sounds and the sounds of taps dripping. Is it rousing? It feels hopeless. It is the sound of soft nothings. Not sweet nothings.

Mark T Smith of Explosions In The Sky and Matthew Cooper of Eluvium get together as Inventions, noodle together two albums, a remix album and now an EP. Two different acts, but both with an interest in music as something to build, sustain, and dial-back and forward in intensity.

Is it any good?

Either it’s so far ahead of the curve that it’s genius that needs time for mankind to catch up with its wishy washy mosaic of ambience or, no, basically.

Ephemeral, blissful, ambient. Yup get it. Nothing better than chilling the fuck out. Sure. And this is strange, in kind of a good way. It’s good to mess with things, to be different, to sound weird. The predecessors, Inventions and Maze Of Woods were way more musical. This is concrète. Cool. But it’s musique concrète in the way that taping the audio from the computer speakers of a ketamine-loving student while they surf YouTube for an hour could be considered concrète.

It’s also a mess. But it chooses to be a mess. It tries to be a mess that’s smoothed over and therein genius should reside. But it hasn’t done that. Instead all that is presented is two overlong tracks of snippets of stuff.

The opening title track fizzes and whizzes and burbles with all the biological functions of a newborn, but it just doesn’t do anything. Nothing meaningful. In some segments disparate bits are edited together nicely, other times they just get the indie fade down-fade up treatment.

And it’s not like this is meditative either. Far from it, it would actually heavy the mellow of a good clear headspace. It would blow through serenity and focus with annoying wind sounds and echo-laden keyboard lines and piano tinkles that sound a bit like the LA piano setting on an old keyboard.

The second track, ‘Hearing Loss’ opens and could, literally, be the interlude segments of an Angels & Airwaves album linked together. Then at a minute in there’s a distorted baby scream, or at least it sounds like that. It could be a sea turtle having a piece of plastic pulled out of its nose with pliers, it could be a squeaky toy for a dog being stamped on. Who knows? It’s a horrible sound though.

And so this track pitter-patters through stuff. There’s a backward drum section, with more windy sounds in the background. For a minute it feels like the Mullholland Drive soundtrack, but then it goes into a warm keyboard section with stupid talking vocals, AND bells come in and all the menace quickly trickles down the sink.

Making this kind of music takes courage. So respect to Inventions.