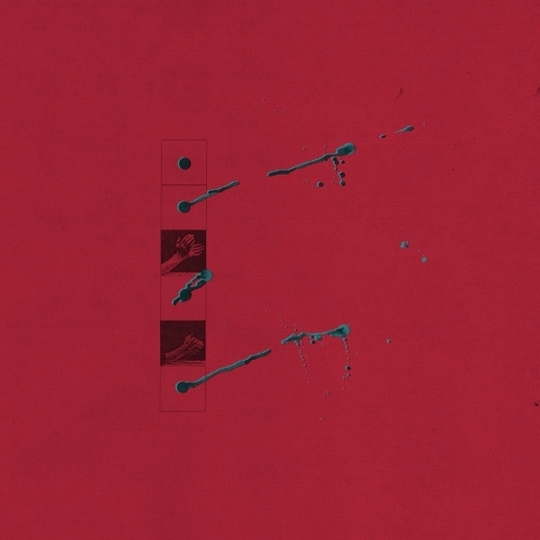 Girls Names last record The Next Life found itself situated among the upper echelons of many "Best Of" lists at the end of 2013. So the difficult question posed to the Belfast foursome would be "Where do we go from here?" For a band who've been busy honing their craft for the best part of a decade one could have forgiven them for continuing where they left off. Indeed, many lesser artists would having developed such a successful formula. But then Girls Names were never about being formulaic. Every subsequent record from 2010's self-titled debut EP onwards has seen a shift in approach and sound. Never settling for any one particular style or genre, Girls Names are a band constantly striving to breach previously unchartered territories at every juncture.

So when the eleven minutes long epic that is 'Zero Triptych' landed in May of this year, it didn't so much signal a drastic seachange but more a desire to switch continents instead. Not entirely dissimilar to The Horrors venture from Primary Colours to Skying, it demonstrated a band embracing the electronic sound of Europe circa 1975 married to post-punk attitude. Perhaps the most distinctive feature linking it to Girls Names past output was the customary drawl of Cathal Cully, a tone familiar to anyone who'd spent an almost daily ritual of listening to The Next Life ever since its release as yours truly had. That it doesn't feature on Arms Around A Vision speaks volumes for Girls Names ethos. Already moving onto the next phase. As a bridge between albums two and three it provides a platform for those uncertain of withstanding another giant leap.

So onto Arms Around A Vision, Girls Names third long player. Comprising twelve pieces that veer from the outrageously ambitious ('A Hunger Artist', 'Take Out The Hand') to cleverly thought out new wave pop ('Dysmorphia', 'Málaga') and short ninety seconds long interlude segments ('Obsession', 'Convalescence'). As a record it never stands still. At times, there's a feeling its creators might have been trying too hard to push themselves yet it's this continual desire for perfection that makes Girls Names such a saporous proposition.

Heavily influenced by the likes of Glenn Branca and James Chance & The Contortions, there's elements of Arms Around A Vision that clearly owe a debt of gratitude to the New York avant garde scene of the late 1970s. Take opener 'Reticence' for instance. Switching from ethereal grandiosity to jagged angular swathes in the changing of a chord, it sets the scene incisively for what follows.

'An Artificial Spring' takes its cue from Siouxsie & The Banshees. Most notably in Cully's guitar work, which is hauntingly reminiscent of the late John McGeoch in its execution. Its Cully and Girls Names knack of instantaneously conjuring up a hypnotic riff that makes a piece like 'Desire Oscillations' fizz with intensity. Vocally, Cully comes over all Mark E Smith, particularly on the Can-inspired 'Chrome Rose' and futuristic sounding 'Exploit Me', which actually shares its synthesized hookline with Depeche Mode's 'Tora Tora Tora'.

Ever changing and insightful, Arms Around A Vision never becomes staid or complacent. Even on the closing 'I Was You', a six minutes long bass-led epic that mirrors Iceage or The Birthday Party at their diminutive best, it's clear Girls Names already have one eye on the future. As one door closes, another one opens. Which in Girls Names world is ever-revolving and ultimately, ever-evolving.