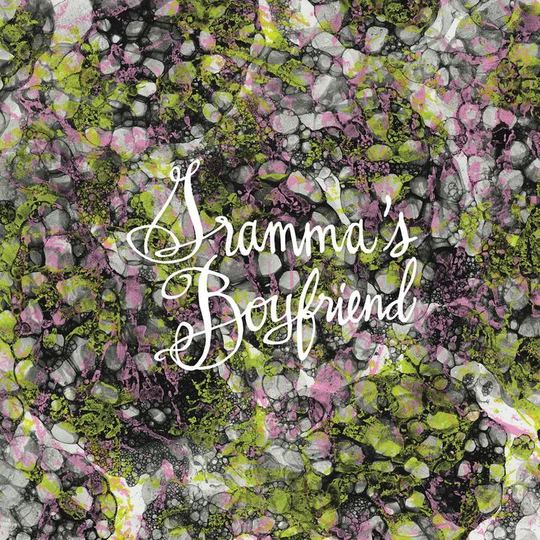 Remember Whose Line Is It Anyway? Whenever there was a skit that involved music, the house band would jump in and whip out whatever crazy style the audience demanded. Dunno about your country, but in ours the house band were these two chicks that were cool as fuck at everything. Well, Gramma’s Boyfriend are that kind of band – call out any subgenre from the Eighties and Nineties, they’ll do it - but there’s no studio audience, and so rather than reproduce that sound you desire, they screw round with it a bit. And so their debut, Perm, is pure entertainment; there is no agenda here, no message, no artsy statement. And yes, it’s a blast.

At times, listening to Gramma feels like a lightning round of charades. Name that stomp of 'Down in a Bucket' – yes, that’s it, Gary Glitter! OK, your turn! But then 'I Forgot' slinks into your ears and who cares if you’ve danced to this super slick new wave funk before, you’re going to jive to it again now. 'Bury the Hatchet', meanwhile, is so kick-in-the-head Dead Kennedys, you could probably superimpose one of your favourite Jello lyrics into the chorus – but you’ll giggle to death anyway.

You might think, from this uncanny chameleon charm of theirs, that Gramma would sound best at parties. You’d be mostly right, but then in the middle of the track, the proceedings turn down a synthy path. 'I Live In My Broken Dreams', on the one hand, seems just like a New Order track gently sped up, but on the other hand seems more sincere than any of Gramma’s other gags. It’s all the clichés about moving on, picking up the pieces of the plans that fall through, but as a blurry photograph rather than a watercolour still life and therefore easier to relate to. And then 'Forgot the Stones' wafts in, and it’s the best thing that CHVRCHES will never write, because of THAT guitar, the one that hovers like distant smoke, the shuddery flair that got lost in the gap between Japan and Duran Duran.

At any rate, you can’t always pin Gramma down. Where else in the universe, for instance, would such an angsty track like 'Little Lightning' burst into a glittering Lindsey Buckingham riff at the chorus? Is 'Legends' a barn-burning shoegaze track, or a glorious tribute to INXS’s 'Don’t Change', or both, or neither? And what on earth is even happening on 'Donkey Donkey 2 x 4', a gooey one-minute blip of abstract slapstick? Beats me – could just be that Gramma love marauding rock’s back pages, stealing what they like and tossing all the fussy poses and pretention aside.

Now, given that I’ve mentioned Gary Glitter, Dead Kennedys, Japan, INXS, and Lindsey Buckingham in the space of one review, you might wonder if Gramma are one of those bands that 'haven’t figured themselves out yet', as journos often say. But listen and you’ll find that, no, Gramma are dead-set on enjoying themselves, no matter what the occasion. Even the poppiest number on the track, 'Forgiven', shambles with a brisk country jaunt – it’s a radio-friendly throwaway, and the band seem happy to ball it up and aim for the three-pointer.

Gramma know what they’re doing – the problem is that the loose threads that make Perm so endearing can’t quite bind these short, short songs together as an album. I’ve focused mainly on the sounds, because the words rebuff close analysis. (Case in point – the deliriously McClusky-ish 'First Class Reunion' only uses three words, and they’re all in the title). And while that suits the band, it doesn’t provide much for the listener to think about afterwards. The sped-up version of 'Donkey Donkey 2 x 4' tacked on like putty at the end emphasises this lack of substance – why bother writing a real conclusion, they say. Let’s just rehash this gag and see who laughs again.

Still. Gramma’s Boyfriend would be a helluva sweet house band.