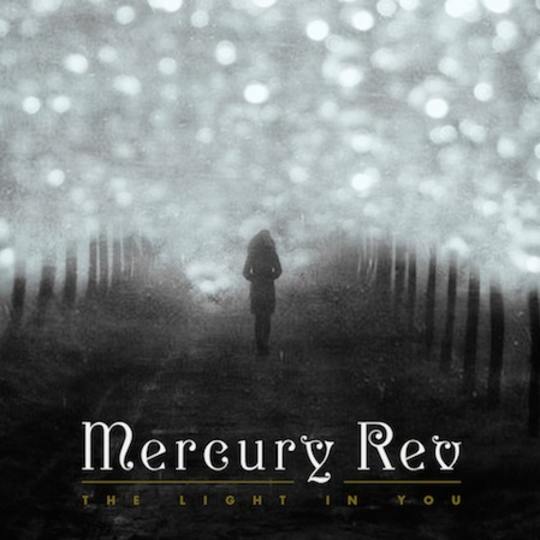 Seven years on from their last album, it seems that Mercury Rev are finally beginning to emerge from the shadow that Deserter’s Songs has cast over their career. These things are always relative of course, but the unprecedented acclaim and album of the year awards that were aimed at that record back in 1998 does seem to have affected Mercury Rev massively.

Beforehand they were hanging together by a thread, frazzled and on the verge of a break-up; after somehow pulling that album together they never really managed to follow it up with anything that delved into that particular well of rootsy Americana magic with as much power. All Is Dream had its moments, but nothing since could hold a candle to Deserter’s Songs or the more off-kilter, darker psychedelia that had proceeded it.

Perhaps the band’s decision to tour their most successful album in its entirety over recent years helped to both work it out of their system and to remind them of the strength that simplicity and positivity can hold. As that’s where The Light Is You works best – simple, direct songwriting, bathed in strings and choral vocals that go beyond being over the top in order to drive the message along – that sometimes the sheer power of music can pull you through. Occasionally it can all prove to be too much and the songs collapse under the weight of all that’s piled on top, but in the main this is a record that has an aim in sight and strides towards it with confidence.

That direction is clear on the two lead-off tracks that have been widely heard – the combination of ghostly chorus and driving rhythm that powers along ‘Are You Ready?’ and the stately Disney-balladry of ‘The Queen Of Swans’, which keeps it subtle for all of 30 seconds before the flutes, echoing backing vocals and timpani drums help everything dash towards the horizon.

Thankfully, it’s not all bombast and childlike wonder though – underneath all that there’s some great songs. ‘Central Park East’ captures the autumnal feel of Jonathan Donahue’s melancholic lyrics through a bluster of brass and building guitar, while ‘Moth Light’ (tellingly sung by guitarist Grasshopper) dials it all back for a simply optimistic tale built around a swooping line of slide guitar and an sun-drenched outro.

If you’re an existing Mercury Rev fan, you’ll probably be more forgiving of the record’s more excessive moments – closer ‘Rainy Day Record’ has some clunky lyrics and a spoken-word section with a terrible Mark E Smith impression, while ‘Coming Up for Air’ brings to life the idea that you could get over a break-up by driving to the ocean and turning yourself into a dolphin. It might be a moment where casual listeners turn off, but if you’re a fan it might just help you to crack a smile – especially when a driving saxophone helps us towards that horizon once again.

Essentially, on The Light In You Mercury Rev seem to have found some confidence in themselves, even if they realise that means not being able to please everyone all the time. Occasionally they over-indulge, and it’s certainly not their best LP, but it's easy to forgive them given the obvious love that’s contained within the tracks here.