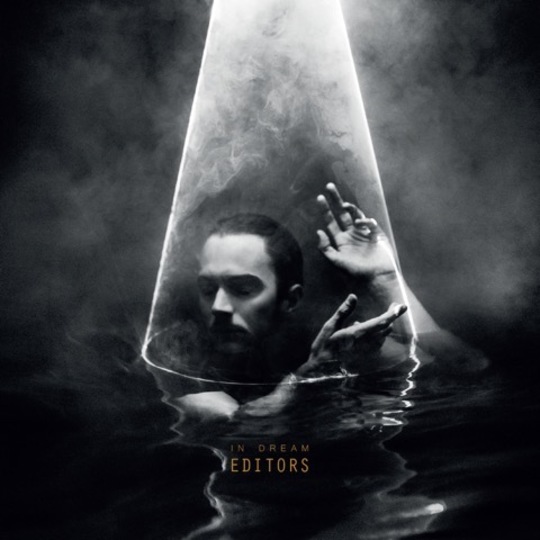 Up to now, you’d rate an Editors album by how much it diminished you. And by you, of course, I mean the female 'you'. The Back Room rendered my tiny existence obsolete – I could not be as troubled, as disturbed, as fallen as the 'you's that fell with such grace and lost their fingers in the factories, and had nothing in common but the blood in my veins. By the time In This Light and On This Evening came around, I just wanted to DIE by all the pain that I’d never feel, and which Editors presented so seductively, like little white pills for a neon-lit rave. These albums were paperback dramas, escapes and lullabies rather than the reflections and awakenings of the post punk era they so desperately mimed – but they wounded still, and the wounds hurt so good.

My point is, we’re beyond the 'how much did they steal from Joy Division' question - any essentialist Editors fan would approach this In Dream and ask themselves how bad does this sound hurt, and how hurt do Editors sound. And if I quoted the first line of the album, those horror show enthusiasts might shudder with glee – “I boil easier than you / crush my bones into glue / I’m a go-getter”. But 'No Harm' unfolds slowly, more Tangerine Dream than Depeche Mode, and Editors insist at once that they’ve outgrown the sleep twitch violence of yore. That forlorn maturity persists throughout – and sometimes they reach too far, but sometimes they tap a vein and draw more than stage blood.

We’ll start with the worst parts. “Ocean of Night” attempts the uplift with a hymnal piano and – gasp! – a woman on backing vocals. She’s soft, unobtrusive, and not very distinct, which in a way is what you’d expect of the heroine of an Editors song. Anyway, this isn’t the best song for her, as this one comes off as a secondhand Peter Gabriel single, too big and hope too close and easy to grasp. (And besides – 'ocean of night'? Really? Haven’t we had enough about love and oceans?) 'Salvation' attempts the grown-up game by merging brooding verses with a bellowed chorus and proper chamber violins . These tracks discourage me – they’re the easy radio singles, the sort of tunes that well-adjusted members of high-brow society nod and agree upon.

Fear not, fans – the anti-social man that wooed us emerges elsewhere, looking outward now from tortured romance to a life on the outskirts. I come back to 'Forgiveness', in part because the strident ambling and snarling riffs sound so quintessentially Editors, but also because Tom Smith writes smarting barbs like these at people that follow the herds – “the line in the sand ain’t drawn for everyone / the flag in your hand don’t make you a miracle”. Equally satisfying is 'Life is a Fear', with its huge John Foxx synthesizers and the falsetto chorus, “life is a fear of falling through the cracks”, which speaks to anyone striving for their own goals.

I could go on about the songs that work so well – 'Our Love' and its skeletal disco, 'All the Kings' and its Eurythmics pulse – but we must discuss 'At All Costs'. It’s the most beautiful track here, and the most personal, relatable sadness I’ve ever heard from Smith: “I’ve got nothing to say to my oldest friends. This, coupled with the refrain – “don’t let it get lost / at all costs” – this is the maturity I spoke of. Finally, Smith understands, that he doesn’t need the skin and bones melodrama to stir us. He just needs to be himself, the sad lonely self that so many of us see in ourselves, so we can feel these same struggles together.

And that’s what makes closer 'Marching Orders' so triumphant (even if it runs a little long) – because, in spite of In Dream’s polite frills, big crowdpleasers, and abstract ideals, Editors still hold fast to a sense of self that throbs harder than ever. Yes, it hurts. Yes, they sound hurt. But this time, I don’t feel diminished. We share the same wounds. We’d have so much to talk about.