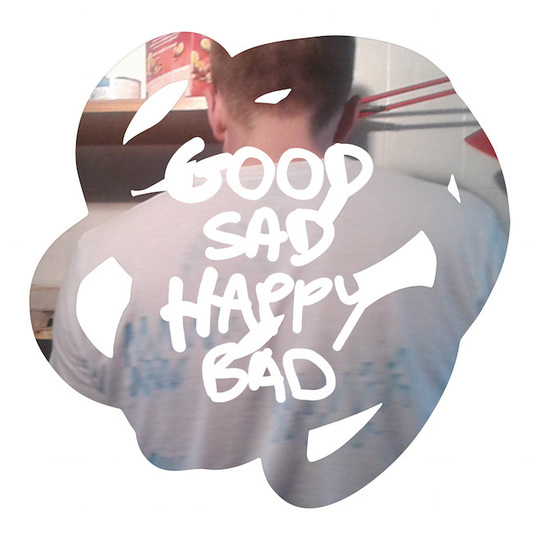 How far can music be deconstructed before it’s almost unrecognisable as pop? On her third album Mica Levi, the brains behind Micachu and The Shapes, seems determined to push the anti-song concept as far as it can go while still supporting a melody. Minimalism and oddness used as pop tools is a very 2015 idea, exploited by everyone from FKA Twigs to Young Fathers, but there’s something even more under-boiled about Levi’s work. It’s pop music served al-dente, unconstructed, unadorned, and deceptively playful in a way that can only be meticulously tooled.

Good Sad Happy Bad is less a collection of songs than it is one of moods and moments, a theory backed up by its indistinct chapter headings: ‘Sad’, ‘Relaxing’, ‘Dreaming’, ‘Crushed’, ‘Waiting’, ‘Suffering’... these aren’t songs titles, they’re states of mind, though musically they’re not as distinct from one another as you might expect. The album title may promise up to four moods, but the record floats along in just the one setting: woozy, distant, slightly melancholic. It’s a drifting, hazy half hour that rarely varies its tempo, and barely changes its key.

The testimony to Levi’s skill is that something so strange manages to be a fairly sharp pop record, for the most part full of real hooks and strong melodies. It’s deconstructed, yes, but largely Good Sad Happy Bad, like its predecessors, holds its own in the indie pop stakes. Take opener ‘When I Feel Sad’: if you list its ingredients (scattered, sessiony drums turned way up in the mix, squelchy synth sample, a handful of lyrics repeated over and over) you’d expect a mess; actually it’s jaunty and gnawingly catchy, with its key hook a proper ear worm. ‘LA Poison’ slows down to a dub with nothing so obvious as a bassline to establish the groove, it’s a single chord scale repeated over a slow, bleeping sample, the type of thing that, say, Damon Albarn would let build into a big, commercial moment. In Levi’s hand it stays low key, breaking all the accepted pop conventions and yet somehow getting away with it. ‘Dreaming’ does have a bassline, but it’s being played in someone’s car two streets away. It’s just a taste, a tone, just enough to give texture to the vocals, which are slurred like Mark E Smith’s sleepy, junkie niece. ‘Sea Air’ gives in totally to its weirdo preoccupations, its hook out of key, its riff seasick and wonky, but somehow it still works as pop music. Outsider pop, certainly, but pop all the same.

Best of all is ‘Thinking It’, a spoken word rumination on youth via the thoughts that go through your head as you run, echoed by a loping, squelchy backing. Belle and Sebastian might have thought of doing this for a b-side 15 years ago, but would have dismissed it as too weird. Mica Levi pulls it off.

Elsewhere the trio let themselves wander off the beaten pop track altogether- ‘Watching’ is one synth scale repeated over and over, completely exposed. It never locks into anything as substantial as a beat, but provides just enough context for the singing. It’s strange and compelling, while ‘Unity’s’ buried vocal and rasping pig-squeal sample renders the tune completely indiscernible: it’s admirably uncompromising

Nobody is labouring under the illusion that this is an accessible, mainstream release, least of all its creators. It uses about four sounds and three tempos across half an hour of music, yet within its wilful perversity there’s real skill. It’s odd, yes, and quite, quite daft, but executed with some real charm.