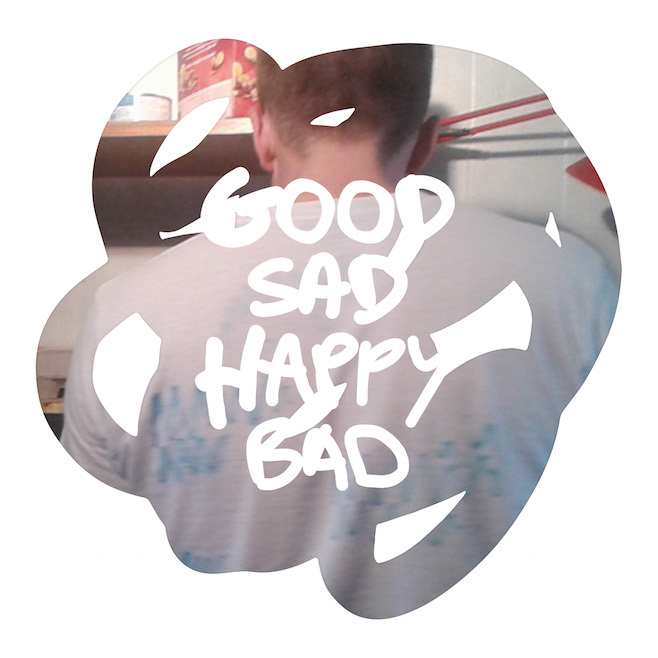 Outsider pop, certainly, but pop all the same»

Micachu and The Shapes' return, three years after the release of their last record 'Never', is almost an accident: the trio of friends decided to rehearse in an East London studio, and found themselves immersed into an hours-long jam. Drummer Marc Pell had an Edirol field recorder in hand, and unbeknownst to his bandmates, recorded the whole session; Pell, Mica Levi, and Raisa Khan were so enamored of those off-the-cuff audio experiments that they became the underpinnings of a new record. "For me it's the most free we have been," Levi explains. Rather than showing up to the studio with songs written out, the trio started with a collaborative improvisation, from which Levi chose sections to develop into songs, writing lyrics to the entire record "non-stop, in one avalanche." With one listen, it's easy to hear why they loved the tracks. 'Good Sad Happy Bad' maintains the experimental-pop sensibility the band has brought to previous efforts, combining the lightness and bounce of their best singles with the sonic textures of field recordings, industrial effects alongside straightforward instrumentation. Levi's affected vocals eschew easily readable emotional tone, instead relying on quixotic lyricism, repetition, and immersion into the song's landscape, to evoke warmly - rather than show - the sentiments underpinning the songs. The record's irrepressible energy, across both the upbeat and a handful of sadder songs, seems to be a direct result of the live recording process. "Jams are really quite a healthy release, it's a way of getting stuff out without consciously thinking about it or making decisions," says Khan. Conversely, because the band worked out the final mixes together over a number of months - rather than in a traditional, multi-track studio over a shorter period - Pell found a new degree of creativity. "I think the best drum part I have ever written is the stick-clicking at the beginning of 'Peach' - a moment, he explains, that he wouldn't have been able to notice without the luxury of seeing the recorded tracks as more than simply songs, but as collections of sonic ideas.
description from www.roughtrade.com