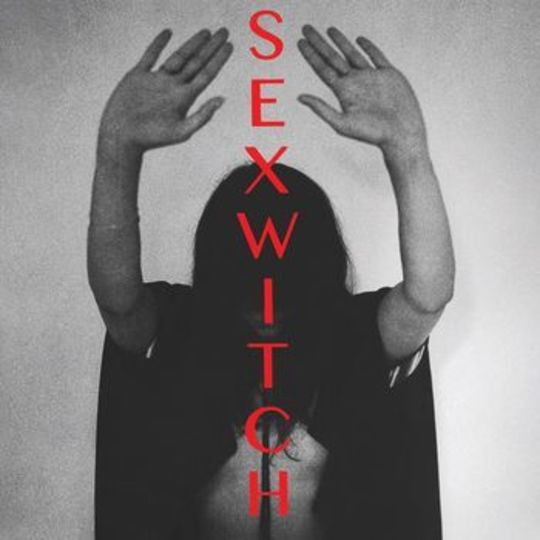 In a crowded market though, as a means of purely sign-posting what to expect from your latest project, Natasha Khan - of twice Mercury-nominated Bat for Lashes renown - couldn’t have done much better. Blunt it may be, but on a functional and emotional level, Sexwitch is incisively dead-on.

Over the course of these six tracks – a collection of covers drawn from Iran, Morocco, Thailand and Summer of Love-era North America – Khan has never sounded more vitally alive, seductive and powerful.

Hardly a slouch since 2006’s Fur & Gold, when stood before the melting pot of beatifically mesmerising and thrillingly raucous sound provided by her collaborators TOY and Dan Carey, Khan fully owns the role of shaman-poet, embracing the sense of abandon that comes with channeling the spirits behind each track with fresh urgency, beauty, desire and rage.

On 'Ghoroobaa Ghashangan', the subdued opening sticks around long enough for a statement of intent: "to disentangle to exist" before soaring upwards into a haunting, rich cry over a driving bass-line. Elsewhere, the Summer of Love-fuelled psych of Skip Spence's 'War in Peace' has her floating sleepily above it all, until the precise moment where peace finally becomes war and her voice grows instinctively more primal amidst the cavalcade of noise TOY weave around her.

One of the record's main successes is the level of symbiosis between two artists who aren't typically intertwined. Given the tight timelines they set themselves to record, it's even more impressive. This grouping has come together for a similar purpose, namely, a cover of Amir Rassaei’s 'The Bridge' recorded over five hours back in 2013. This time round they've stepped up their game: for their next trick, six songs learned in a day and then recorded in the same time-frame. Oh, and all in single-takes.

The result is an intensely satisfying conflict between the loose and taut, of an unconstrained energy captured in the bell jar of a constrained moment in time. Songs unfold at their own pace and end purely when they're good and ready: when the electricity runs out of wire, the antenna moves out of range, the river reaches the sea.

Though a feature throughout, this synchronicity reaches a peak on album stand-out 'Kassidat El Hakka', an introspective, paranoid poem of discontent ("I am fleeing but I do not know what from") set over a cyclical groove that rises in your ears like a plane's take off. Over seven minutes it builds and builds and builds: Khan driven by the groove, the groove driving her until the room is full and they're gasping for air between the ceiling and the water level, her anguished voice giving out and the music tumbling after.

With the choice of covers inspired by a spot of crate-digging, Khan and Carey have been keen to distance themselves from any overt political motive behind the choice of tracks. Even so, picking songs from pre-revolution Iran, with struggles around love and survival - in particular ones with distinctively female voices - can't help but have a politicised reading, intentional or no.

It goes back to those shamanic qualities, of channelling spirits. To one mind, this could be read as cultural appropriation - of a western voice representing the other and thus suppressing it further. For what it's worth, to mine, unearthing and being inspired gems from around the world does nothing to lessen those gems. Moreover, with Khan as lightning rod, acting as a rallying, storytelling voice for narratives of fleeing ("I am fleeing but I do not know what from"), of the nuances of sexual politics ("He addicted me and I addicted him" / "Doctors will not cure your torment") and female empowerment ("My dark girls are going on adventures, they are not afraid of any dangers") has rarely been more pertinent and potent than the present moment.

Even on the record's lower ebbs, the impact of this channelling spirit bobs to the surface. 'Lam Plearn Kiew Bao' is probably the least developed track here, feeling like a segue between moments rather than an active participant in proceedings, threatening to burst but never quite making that leap. On dissection though, it still fulfils an intriguing thematic role, the sonic lack of fulfilment matching the frustration of its lyrical centre-point: "I fell for you, and I was shy, plenty of women they come for you". Just as the song is indebted to the groove almost to a fault, that fault is reinforced by the emotion behind the track: the desperation of unrequited want. Fittingly, it's the one song that ends practically out of the blue, the cyclical thought finding no conclusion but distraction.

As with all who make it look easy, the instantaneous excellence of this release is borne of the slow-burning work of many years. All three parties are seasoned at this game, Khan stretching her repertoire further still by leaving refinement at the door, TOY's musicianship steers well clear of the pitfalls of noodling dulleries and Carey's poised balance in the mix ties it all together. The result: what could have been a self-indulgent curiosity becomes yet another treasure chest waiting to be flung open amidst 2015's plentiful trove.