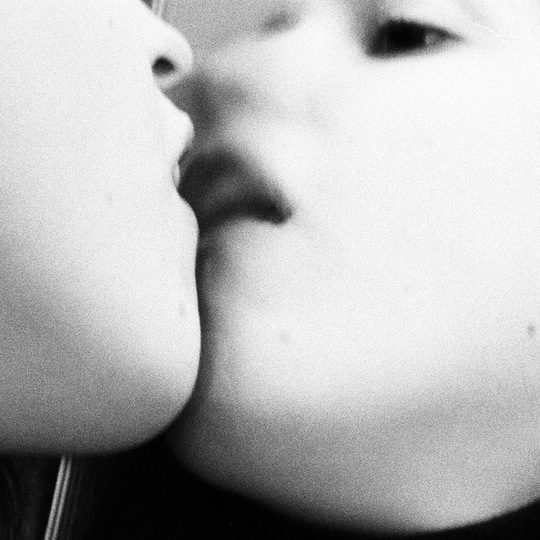 Since 2013, German producer Helena Hauff has been releasing dark acid techno-influenced slabs of music, that work as well for home consumption as they do on the dancefloor. Hauff’s output has always been as atmospheric as it is cinematic. This has set her apart from her peers, and has made her a welcome addition to any line up and record collection around the world. After the strength of this year’s Lex Tertia EP, Hauff is releasing her debut album Discreet Desires on the collaboration between Actress’ Werkdiscs and Ninja Tune.

Discreet Desires opens with ‘Tripartite Pact’. Heavy murky keyboards stab through the gloom of repetitive synth loops and opaque soundscapes that pulsate and build until it feels like the whole thing is going to fall over under its own weight. Luckily, for us, this doesn’t happen and as the tension builds so too does our expectations of what is to come. ‘Spur’ follows on this theme of darkly brooding rancour. The beats are aggressively tight and pop in all the right places, like the pioneering tracks that launched acid and techno on an unsuspecting world. The basslines are slightly slower, but this is no bad things as it brings an order to the track that stops ‘Spur’ from sounding like a beaty cacophony. Stand out track ‘L’Homme Mort’ sounds the end credits to the original Assault on Precinct 13. As the simple bassline builds and builds, Hauff layers the track with beats, hi-hats, claps and swirling vortexes of studio effects. John Carpenter would be proud! ‘Funereal Morality’ brings to mind the closing stages of the scrolling beat em up game Final Fight on the Amiga. The main loop is slightly psychotic and as wave after wave of baddies descend upon you, the music gets more intense the longer it goes on and the more anxious you get to complete the level as the as the seconds count down. Eventually you make it do the end just as the timer is about to run out. Your emotions and reactions are heightened as you feel vilified by the onslaught you just sustained.

At 1:41 ‘Dreams in Colour’ may be the shortest track on the album, yet it still packs a hefty punch. A dreamlike synth loop mutates from sounding like the intro to Zelda: Link’s Awakening title sequence to something ominous and malevolent in the blink of an eye. It’s this level of nimble production that make Hauff, and Discreet Desires the joy to listen that it is. The two parter ‘Sworn to Secrecy’ sounds like a reworking of Dave Clark’s classic ‘Rhapsody in Red’ – slow and sinister yet incredibly vibrant and energetic.

Effectively Discreet Desires is a classic electro album, with techno leanings. It all sounds authentically retro and filthy. It’s almost like Dave Clark found some unreleased Adonis tracks and reedited them in 1996. A surprising element to the album is how melodious it is. The melodies are polymerous, and Hauff’s deft technical flourishes mean that different instruments merge in and out of each other to create ever changing, but constant patterns.