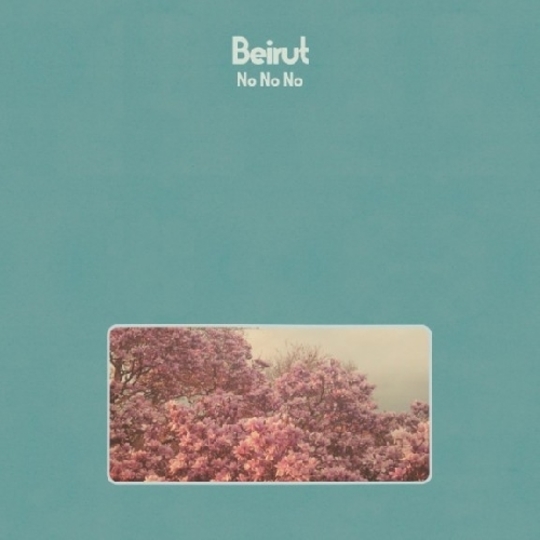 In many ways, Zach Condon started painting himself into a corner the moment he began making music. Gulag Orkestar, his debut full-length as Beirut, was largely produced in his bedroom as a teenager, although it’d be pretty difficult to convince the casual listener that was the case; largely in thrall to Balkan folk, it sounded like the work of a ragtag European orchestra rather than a kid from New Mexico. His next move was to decamp to Paris for The Flying Club Cup, which traded Serbia and Croatia for the feel and instrumentation of France - accordion and string sections were order of the day, whilst track titles like ‘Nantes’ and ‘Cherbourg’ left us in little doubt as to quite where the record was rooted.

The 2009 EP that followed, March of the Zapotec, suggested that Beirut were destined to forever be an international project, with Condon a musical nomad trawling the globe for inspiration (this time around, he recorded in Oaxaca, Mexico, and was backed by a 19-piece local band.) That’s why third LP The Rip Tide felt like such a brave move; by then rooted in Brooklyn after a disastrous last show of the Club Cup tour brought home the need to settle down for a while, Condon stripped away the overseas affectations and produced an intimate indie pop album that placed primary importance on melody, rather than instrumentation.

In the four years that have passed since, Condon has suffered severe turbulence in his personal life; the breakdown of his marriage, a physical and psychological breakdown in Australia and an apparently unassailable bout of writer’s block all conspired to torpedo his productivity. Every time he tried to write new material, he recalled earlier this year, it would sound simply like 'The Rip Tide part two'. At face value, you might be forgiven for thinking that’s actually the case with No No No; after all, hearing Condon’s voice set against more traditional pop instrumentation is always likelier to recall The Rip Tide than it is anything that came before it.

In actual fact, though, No No No is a world away from its predecessor. That album shared some common ground with the rest of the Beirut catalogue in that at its heart was genuine, ramshackle charm; this new record, though, is an exercise in elegance and poise. Given the bleak personal circumstances that frame its gestation, it is remarkably mellow - chirpy, almost, on the likes of ‘Perth’, a song named after the town in which Condon reached his nadir in 2013, and ‘Gibraltar’. The tracks sound low-key, but in fact, they’re cleverly taut compositions - the album runs just short of 30 minutes, and not a second goes to waste.

The manner in which Condon employs both the swell of the brass and the flutter of the strings is masterful; previously, he used them a tad bluntly, but here they’re so subtle that plenty of repeat listens are needed to understand how cleverly they’ve been woven in - the last minute or so of both the title track and ‘August Holland’ provide perfect cases in point. There’s room for experimentation, too - the instrumental ‘As Needed’ lays acoustic guitar and piano over some mournful orchestration, and the languid electric piano pop of ‘Pacheco’ wouldn’t sound out of place on a Rufus Wainwright album.

Condon claims to have his life back on track now, thanks in no small part to falling in love whilst traveling through Turkey, so perhaps it’s no wonder that ‘Fener’, with its near-falsetto vocal and piano breakdowns, sounds so optimistic; in fact, the entire record sounds like a calmly-executed upswing, both personally and professionally. Condon hasn’t just left the darkness of the past few years behind; he’s stepped out of the shadow of his early works, too, casting off musical, as well as emotional, baggage.