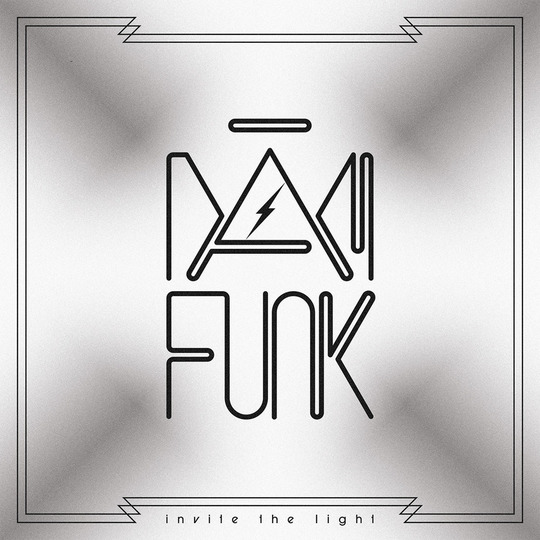 For the longest time, funk has felt like a dirty word. An anachronistic genre trapped in a time capsule, the enjoyment of which was best spoken about - like jazz and disco - in hushed tones. Acceptable to the mainstream in few forms - perhaps reworked into samples for hip hop or dance tracks - but not to be imbibed undiluted. Leaving hardcore fans relegated to highlights on Craig Charles’ Radio 6 show, while populists consoled themselves on wedding dance floors and over-30s nights.

However, in recent years the genre has undergone an unabashed renaissance; whether it’s Janelle Monae’s bold futurism, Kendrick’s Lamaar’s nascent dabblings, Prince’s glorious reemergence from his purple cocoon, or even Mark Ronson peddling his watered-down horns for high-street shoppers.

But for some the dream never died.

Dâm-Funk (aka LA native Damon G. Roddick) set out a statement of intent with his sprawling 2009 debut Toeachhizown. A masterly monolith - which now seems ahead of the curve - spanning five LP’s and surveying every conceivable touchstone in the funk alphabet: from G to P, astral, psyche, prog, Eighties synth soul and all the underground scenes in-between.

But that was six years ago. In the intervening period, as funk has returned to the wider public consciousness, Roddick’s busied himself with a multitude of remixes and side projects – the most notable of which include production on Higher for Ohio funk legend Steve Arrington and collaboration with Snoop Dogg on 7 Days of Funk, which led to some of Snoopzilla’s best work in over a decade.

Roddick, now finding time for a follow up, brings us Invite the Light. And much like its predecessor, it’s a startlingly funk peregrination, weighing in at a daunting 20 tracks and near 100-minute runtime. If this sounds a little overwhelming, then take comfort in the knowledge that this is Roddick’s most accessible work to-date, despite the eclectic fusion of sounds.

At the listener-friendly end of the spectrum are pop jams, which come in two flavours: satin smooth (‘Somewhere, Someday’ and ‘We Continue’) or sleek banger (‘I’m Just Tryin’ Survive (In The Big City) and ‘Glyde 2nyte’). Roddick complements these with deeper experimentalism. The instrumental ‘The Hunt and Murder of Lucifer’, bounces with thick bass and wiry synths, while ‘Surveillance Escape’ is a thrilling six-minute excursion that rattles along like Eighties Prince reworking the Ridge Racer Type 4 soundtrack. Only to head down a rabbit hole of sexed-up prog synth, as a CB radio crackles through the ether weaving a narrative of (what I assume are the anti-funk lobby?) out to stop Dâm from “…destroying the music scene with funk”.

Although the album is at its peak when these two worlds unite on tracks such as ‘Floating On Air’ and ‘HowUGonnaFuckAroundAndChooseABusta’. The former, a seven-minute space jam, fires you far beyond earth’s atmosphere into a gaseous cloud of whispered vocals, arpeggiating synths and neat, stuttering fake-out dead ends; the latter is haunted G-Funk, which fuses abstract rap and pure soul into a yearning ode about jealous rage and damaged egos.

Another highlight is Roddick’s newfound confidence in his own voice. Invite the Light offers him an opportunity to step away from the mixing desk - and the mask of auto-tune - to deliver smooth vocals and murmured falsettos that outshine the efforts of his debut, and make for an affecting experience when paired to his unique beats.

That’s not to say he’s working alone, Invite the Light is complemented by an array of featured artists, who all find a place amidst the dense funk. There's outstanding cameos by Q-Tip and Snoop Dogg, hat-tips from funk legends like Junie Morisson and Leon Sylvers (both III and IV). Then there’s Ariel Pink’s curious contribution (‘Acting’), which jars and confuses on an initial listen, but ends as a mid-album reminder that sometimes you can throw anything at the wall and it just might stick.

Invite the Light should be regarded as a triumph, a neo-funk gem which stays true to Dâm-Funk’s vision, without alienating those who’re arriving fresh to the party. Of course, it’s not perfect; Roddick overindulges himself by two or three tracks, and while there’s rarely a dip in quality, some of the extended synth workouts (‘O.B.E.’) leave the album feeling flabby. But after a six-year break, it’s hard to chide him for giving us a little too much; especially when it provides music that's recognisable without wallowing in revivalism, futuristic without harking towards revisionism, and unpretentious despite its many idiosyncrasies.