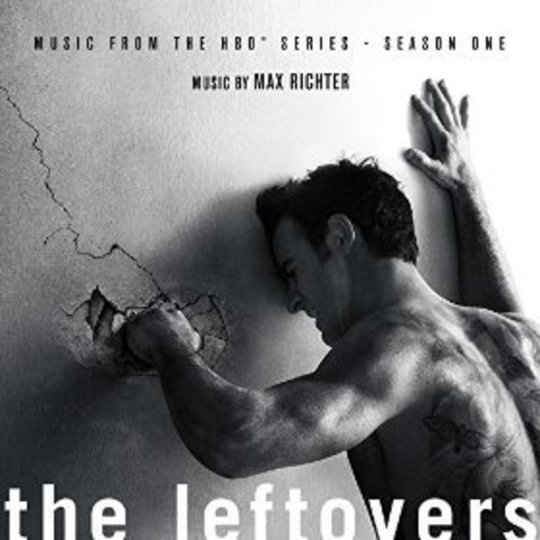 Max Richter is fast becoming the soundtracker of choice for the discerning maker of challenging film and television. In recent times he's put his name to sonorous scores for Testament of Youth, Disconnect, Last Days on Mars and Perfect Sense, each story punctuated by Richter's trademark compositional flare, ever-expanding and more sweeping palettes, largely built on piano and strings, drawing the listener in to an alternate reality. His is the kind of music that can, indeed, carry you to another place. Sometimes, as on the deceptively simple Infra album, which was my introduction to his work, he can do this by developing a theme or two so subtly, and yet to such great effect, that you don't realise that the gentle lilt of a few pieces ago has naturally developed into a bombastic climax right in front of you until the climactic moment has passed, and has to be experienced all over again. Max Richter is a master of the modern classical scene for the simple reason, I believe, that he is able and willing to write music which is at once satisfying to the classical listener, and yet also is chock full of that most poptastic of words, the 'hook'. You will remember listening to a Mix Richter album. It's recurring figures will lode themselves in your subconscious. One day, as you proceed down the road, you will hum them. Oddly, you will find this remarkably pleasing. This is why he is a genius.

And so to The Leftovers, Richter's original score for the first season of HBO's phenomenally successful new drama. Having tried, without success, to watch said season legally, your intrepid reporter has gone the extra mile and is reading the novel by Tom Perrotta on which the show is based. It is a fascinating, well-written book, full of taut emotion, as members of a community continue to seek to come to terms with the sudden and unexplained disappearance of two percent of the world's population, three years previously. While there are allusions to religion within, this is no cliché-ridden rapture-toting evangelistic pulp, rather, the book is a poem to perseverance, to the persistence of the human spirit in the face of crisis, and to humanity's regular failure to live well whilst searching for meaning and answers to the questions of life. And I'm only half way through.

Even this much knowledge, combined with the fact that it has been created by Damon Lindelof (Lost) renders the series fascinating, and perfect for the Max Richter treatment. From the title sequence's dramatic beginning, filled with angelic voices and emotionally wrought violin work, you can tell you're in for something special.

The album contains three recurring themes. The first, 'Departure' features four times, and is built around a beautifully tender arpeggiated piano motif. As it recurs, at different tempos throughout the album, each ounce of meaning which can possibly be wrought from it is extracted. It is classic Richter, deceptively simple, yet perfectly executed. The second, 'AfterImage' is a dark, synth-driven, drone-like figure which builds throughout. By the time of its third iteration, the tension it evokes is almost unbearable. 'Dona Nobis Pacem' is the most expansive of the themes, developing in to a widescreen drama of overlapping strings and brass, as layer upon layer is added.

And really, there's not a great deal more to say. If you've seen the show, I can only imagine that this music would add to it greatly. If, like me, you haven't, then you can enjoy with me, another glorious entry into the burgeoning canon of this masterful composer.