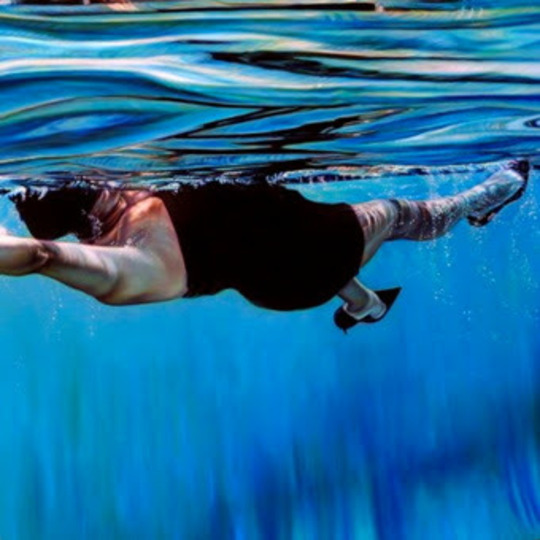 The latest effort from the very busy Lee Bannon sees him neglect the jungle and drum and bass influences of his first album in favour of more ambient soundscapes. The result is an altogether eclectic collection of tracks that will alienate as many listeners as it thrills.

The trouble with more mature ambient tracks like those present on Pattern of Excel is that they go over the head of many a listener. It’s a danger with any instrumental music but, with post rock for example, it’s usually punctuated with very obvious peaks and troughs to keep the audience gripped.

Pattern of Excel doesn’t follow that, er, pattern. It takes you on a scattered journey that probably needs to be taken several times before the stronger tracks really start to take hold. It flits from song to song quickly (only one of the tracks on the first part of the album exceeds the three minute mark) and seemingly without focus and that’s jarring at first. It’s only as the album begins to wash over you that it all slots together in your brain and makes sense. That’s an experience that listeners of classical music will speak about, and in much the same way, the rewards at the other end are more rewarding for the investment you give as a listener.

Something of an exception to all that is ‘Inflatable’. The track comes in on the second half of the album and the change in tempo is provides is welcome. The first section of the album is a dark and unsettling affair carried out at slow pace. It’s both cerebral and thoughtful and the sort of music to listen to if you’re experiencing those same dark and unsettling thoughts. That calmness building up in the way that it does means that the tension gradually builds and a pay off is needed. ‘Inflatable’ is exactly that pay off. If the first half of the album is an unspoiled pool then the track is the swimmer diving in to break that surface. It’s the first time the album really demands that the listener pays attention and the rapid drums lend itself to a more classic Lee Bannon sound. It’s the sort of track that wouldn’t be out of place on his debut album Alternative/Endings.

The following track then has all the more impact for the ripples that ‘Inflatable’ sends across the album. While ‘DAW in the Sky for Pigs’ is in keeping with the tempo of the first half of the album, following 'Inflatable' lends it a far greater prominence. The haunting piano we hear comes across like Greensleeves written at midnight in 2015. While Bannon’s experimentation right through Pattern of Excel should be highly commended you can’t help but feel the album would benefit from more changes of tempo like this.

‘Disneµ Girls’ is the real highlight though. Gone is the dark vibe that has overshadowed the record up until this point. Its arpeggiated style lends itself heavily to the sort of beautiful tracks that Nobou Uematsu creates for the Final Fantasy video game series. Again, the contrast of ‘Disneµ Girls’ when compared to the rest of the album is one of the things that allows how gorgeous a track it is to be properly highlighted.

‘SDM’ and ‘Memory 6’ then continue in the same vein as the first half. On the surface of it you could’ve had the album close with ‘Disneµ Girls’. It would appear to leave the strongest impression on the listener. As it is, the record continues somewhat without purpose. Even the relative calm of ‘Towels’, with sampled vocals that recall some of the work of 65daysofstatic, isn’t as effective as ‘Disneµ Girls’ would have been. Still, ‘Towels’ is one of the stronger pieces of music on the record and a relatively strong way to conclude the record.

Pattern of Excel is a difficult album. It subverts your expectations and deliberately goes against what convention would suggest in terms of direction and vibe. As Bannon is about to change his recording name to '¬ b', we should expect nothing less than a challenging listen. Get past the extremely ponderous first half of the album and you’re rewarded with incredibly moving music with ‘Disneµ Girls’ and ‘Towels’. Whether you get that far as a listener depends utterly on your patience and your determination to reward the very obvious talent and creativity of Lee Bannon with your time.