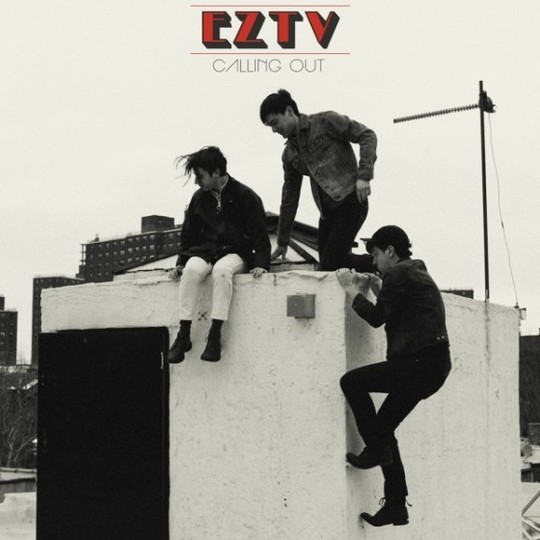 If there's one thing reviewers dread more than anything else, it's the mediocre, the average, the decent. It's so easy to rave about a piece of musical genius and crap all over something you despise, but writing about the average, that's what really challenges a writer.

Therefore, Calling Out, the debut record by EZTV, might just be the ultimate reviewer's nightmare. The record challenges nothing and offends no one. It's rammed full of solid psychedelia that no one could really get annoyed at, but conversely, no one could ever fall in love with.

Unlike some of their more 'challenging' hippy-drippy peers, EZTV deal in solid three minute pop songs. You wont be getting any hair-enhanced wig-outs with this lot. Songs like 'The Light' and 'Everything Was Changing' bounce around just enough to get you bobbing your noggin. The sun drenched guitars and trotting bass plucks sit in the distance, along with the vocals, drums and, well pretty much everything. This is background music for generation onesie. The new muzak. New-zak, if you will.

When you start thinking about EZTV in this way it all begins to make sense. There's actually a purpose to their decent tunes and quite nice riffs. Rather than just being fairly pleasant, 'Dust In the Sky' is a bastion for a new musical style, one completely different the jingly-psych it appears to be on the surface. It is genuinely impossible to hate the group for their Sixties nostalgia. But maybe being inoffensive is the only way to really rebel these days. In an age where taboos are seemingly non-existent, perhaps the shock of the old is powerful. Perhaps the only way to fight the powers that be is to conform to genre conventions so much that those conventions somehow become subversive. If this is the case then EZTV really are pioneers. A group to be encouraged rather than ignored.

There are whiffs of Nuggets and Arthur Lee's Love throughout, but none more so than on 'Blue Buzz'. It all sounds a bit lackadaisical, but thats fine because it's all part of the rebellion, remember. They're doing all of this on purpose. Forget what you think you know. This is the sound of the uprising. So get behind it.

Finale, 'That's Where You Belong', signs off with much more of the same, but then that's not really a surprise. the group's unique newzak formula holds strong right until the end. There are vocal harmonies and laid back strums aplenty. that sound like something you've heard before but can't quite place. Maybe it was on a car advert once. Probably.

It was never their intention. But EZTV has actually proven that to sound okay, is to sound rebellious. Maybe there aren't any new genres to be discovered. Maybe we actually have heard it all before. In this case we may as well go back to what we're comfortable with.

EZTV: Nothing else makes sense.