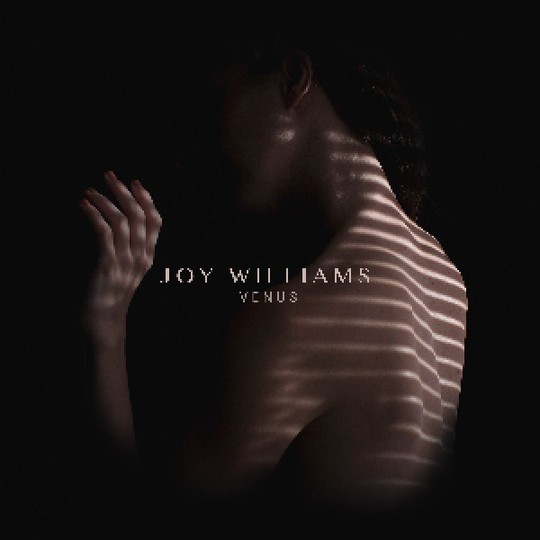 Naming your album after the Roman goddess of love, beauty, fertility, sex, prosperity and desire could be a foolhardy move. After all, Joy Williams, formerly of the much lamented, and very definitely never coming back The Civil Wars – and even more formerly than that, a Christian pop star who released some actually splendid music for the Reunion label in what must seem to her a previous life – is giving herself quite a lot to live up to with a title like that. That said, the release of this solo album, released a year after the final nail was driven in to the coffin of the band that took her into the upper echelons of the folk world with John Paul White, makes it obvious that a lot has happened to shake her world, and her worldview, so the stridency of Venus should perhaps come as no surprise. Williams has experienced parenthood for the first time, lost a parent of her own, lost a band and, perhaps unsurprisingly, had (happily now resolved) marital difficulties, all in the space of a couple of years. Life, as they say, happens. What is for certain is that she has no shortage of experience from which to draw the songs and sentiments she wishes to put forward on this, her comeback album.

In a recent interview with The Independent a slight curveball, was thrown in to the mix. Whilst discussing her ambitions for her own music, Williams attests that, upon the breakup of her band, she called Justin Timberlake (as one does) and he set her up with Matt Morris (Cher, Christina Aguilera, Mary J.Blige) to form a somewhat unlikely partnership as the album project took shape.


And perhaps here is where the rubber hits the road. Right from the moment ‘Before I Sleep’ swings in to action, that familiar, creamy vocal this time echoing atop synths and processed drums, rushing headlong in to a precision-tooled clubland chorus, this feels like a calculatedly ambitious album. Williams has a fantastic vocal. This album is full of emotive and nuanced performances, the aches of her heart resonating powerfully. However, the sheen and the bombast of much of the production reeks not just of a kind of entitlement, but of desperation. This, it seems, has to be a hit. It has to work.

‘Woman (O Mama)' has the kind of anthemic universality which has the potential to carry it across multiple platforms. “Let me show you where life begins, I am the universe wrapped in skin”, Williams intones over a pulsing afrobeat-lite groove.

On ‘What a Good Woman Does’, the simple power of Williams' vocals and a simple piano accompaniment is poignant and beautiful. As arpeggios flow and the melody lifts to the skies, it feels like a connection with the true soul of who Williams is and can be is finally made. As lush strings and vocal pads add to the mix we are briefly in another place. As she cries “hear me, I haven’t lost my voice without you near me”, you long for the subject of her pain to just bend their ear.

Sadly, we immediately return to the modern pop of ‘Until the Levee’ and the spell is broken. And so it goes on throughout the rest of the record, as the push-me-pull-you of her incredible talent for her natural folk-pop habitat and her ambition for trying something new to broaden her horizons compete with one another.

But then, but then, on ‘The Dying Kind’ comes the undisputed highlight. “Every rose has its thorn, every thorn has its crown, we’re all the dying kind” Williams sings. This is a beautiful moment of a lost soul returning to its life, to its source of hope. In a fair world, this would be a hit single and soundtrack multiple emotive segments of film and television in the months and years to come.

Isn’t that the paradox of it all? You probably think I don’t like this record at all, but there is plenty to love here. The songs are beautifully composed and performed. There is a lot of scope for this to be a record that you fall in love with and which reveals layer upon layer of depth as it is granted repeated hearings. However, I, personally can’t escape a sense of sadness. Listen to The Civil Wars. Listen to Williams’ previous EPs, We Mapped The World or Songs From This and you will hear an artist who has all the tools to be the undisputed queen of the folk world. She shouldn’t be criticised for setting her sights wider, but this album feels like a wave goodbye to the beauty of the past and a move towards a more clinical future.