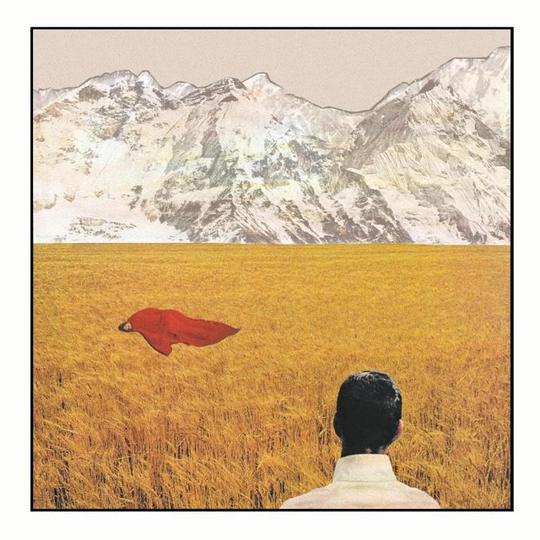 Lady Lamb isn’t keeping bees any more. She’s shed the loose, outdoorsy feel of her first album, and pushed firmly towards rock and roll, showing us far more punch and snarl, while keeping the same freewheeling feel to the song writing itself.

Aly Spaltro – the multi-instrumentalist at the heart of Lady Lamb – has a sharp knack for crafting lengthy knotty, winding songs which feel shorter than their running time. This is thanks to their relentless sense of forward momentum. ‘Billions of Eyes’ is her best example of this. Over six minutes long, it skips along with a peppy verve, her lyrics melting between the minute and the massive; the mundane and the surreal without any trouble at all. La-la-la-ing its way, it’s a zesty dance through stream of consciousness that pulls you along by the hand through its twisting corridors, desperate to show you what’s around each corner.


Sometimes, however, her scattered approach to song writing doesn’t cohere into something quite as compelling. ‘Heretic’ is just a bit too stoppy starty to really take hold. ‘Violet Clementine’ moves between its sections seemingly at random; gluing together fragments which don’t really feel like they came from the same artefact in the first place.

The result – after a few of these – is an album which starts feeling a bit dense and chewy halfway through. Its flavour of free association – both lyrically and musically – is a great strength to its high spots, but can leave passages feeling ungrounded or directionless. The songs can feel swift, but the whole album certainly feels like its hour.

At the heart, however, is a great performer, delivering a great performance – which saves some of its meandering spots from becoming duds. The opening a capella section of ‘Violet Clemtentine’ enjoys acoustics which really situate her voice within space; breathy and visceral. Her chops and changes don’t always work structurally, but the switches in vocal register are nothing if not impressive. And with these flights of fancy finding their way into the instrumentation as well, there’s always a lot to unpack, if you lock your ear onto it.

Opening track – and album highlight – 'Vena Cava' is a great example of how effectively she can use detail. Each chorus is a lusty roar, but its grungy stomp endures a slight tinkering variation each time; keeping the band and the listener on their toes. The playfulness and the adventure of these moments is the album’s greatest asset, even as it damages the overall effect of some of the individual songs.