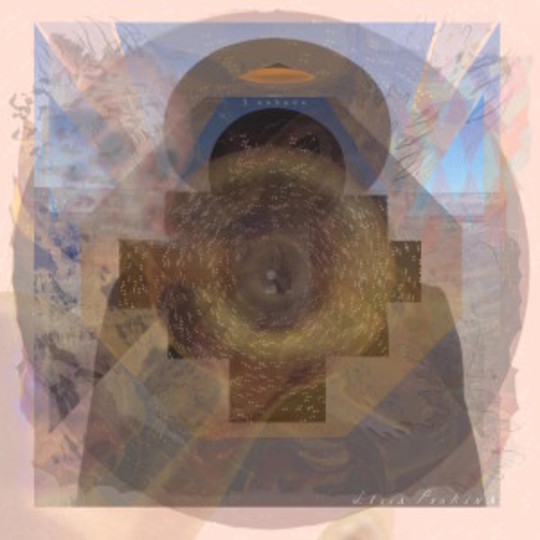 In 2007, La Blogotheque recorded Elvis Perkins stroll around Paris singing ‘While You Were Sleeping’ from his debut album, Ash Wednesday. Against the backdrop of a city resplendent in golden, magic hour light, Perkins’ song unfurls gently and persuasively, occasionally catching the attention of passers by. It is a beautiful video, featuring an artist who came loaded with tragic backstory and followed up his first work with 2009’s more urgent - and equally impressive - Elvis Perkins In Dearland.

I Aubade is the first new material to surface since an EP five years ago, though it was actually recorded between 2012 and 2013 in a variety of locations, from Perkins’ home in New York to friends’ places in Dallas, Hudson and Los Angeles; hotel rooms to a stationary mobile home. Far knottier and stranger than his previous LPs - very few of these songs would befit a wander around Paris - it comes accompanied by a statement from Perkins that makes it sound intriguing, heartfelt and deeply odd, all at once. Which it is.

‘On Rotation Moses’ sets the tone: a loose, rambling tune awash in ambient noise, only occasionally punctuated by swells of melody. Woozy and unhurried, at times I Aubade revels in languor. Yet it is packed with detail and unexpected moments, like the falsetto Perkins brings to the final verse of ‘My Kind’; the playful asides of ‘Gasolina’; how ‘My 2$’ lurches from funereal to a sharp, graceful mid-section. ‘I Came for Fire’, meanwhile, is genuinely unnerving, Perkins’ cracked vocal offset by Cornelia Livingston’s airier tones, all stalked by a plodding bass-line and the occasional clang of bar-room electric guitar.

It says a lot about an album, I suppose, when one of its most straightforward songs is an ode to a porcine heart transplant undertaken by one of Perkins’ friends - written without that friend in mind and possibly before the surgery took place, according to the singer. For all that, ‘Hogus Pogus’ is a disarming little number, though it’s not as good as ‘A.M.’ or the bruised sweep of ‘All Today’, I Aubade’s clearest through-line to its predecessors.

An ‘aubade’ is a piece of music appropriate to the dawn or early morning, though Perkins has reclaimed the word as a present tense verb (one which sounds very much like the past simple form of ‘obey’), explaining that ‘whom and what we obey can go from night to day at will.’ Whether his latest album is ideal early-morning listening is another matter; it sounds more like the product of a not unpleasant night’s dreaming than anything else, perhaps more suited to the witching hour. (Bill Callahan’s excellent 2013 LP Dream River evokes a similar kind of feeling.) There is much to enjoy in I Aubade, though, if you’re willing to pay attention. Listen long enough, in fact, and it’s hard to shake the feeling that Perkins seems entirely at ease in these interstitial, twilit soundscapes - perhaps more-so than ever before.