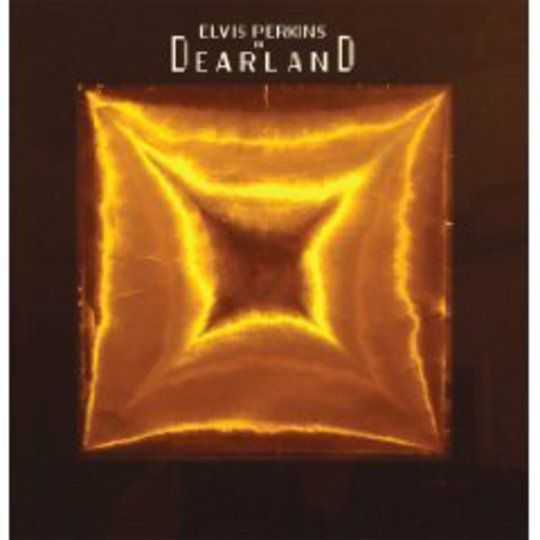 Fine as it was, Elvis Perkins’ 2007 debut LP Ash Wednesday struggled to match its peerless opener ‘While You Were Sleeping’, a graceful tapestry of notions both fleeting and epochal. Redressing the balance then, Elvis Perkins In Dearland is less a follow-up than a vibrant resurgence – a debut of sorts from its eponymous creators (responsible for bringing the aforementioned to life on the road). Perkins himself considers it a “faster and younger” cousin of its forebear, and he’s pretty close to the mark: from pronounced upright bass through to the flourishes of marching drums, organ, brass and woodwind adorning its predominantly acoustic landscape, it exudes poise and swarthy romanticism.

A high precedent is set once more by ‘Shampoo’ (alongside the like of ‘Doomsday’ a long-established live favourite), which arrives via pipes, a steel string riff and all manner of whistle-based discord before kicking into life. Shot through with strikingly oblique imagery (“Black is the colour of / A strangled rainbow…”), it rattles with an oddly invigorating, persuasive melancholy.

Anyone who’s caught …Dearland on tour will be well aware of their boisterous tendencies. Credit here must be aimed at veteran desk-man Chris Shaw, who captures their muscular nuance on tape impeccably. Though the end product is by and large more upbeat than Perkins’ earlier, tragedy-encompassing effort, to suggest it’s whimsical in tone would be a mistake (the squalling dirge of ‘I’ll Be Arriving’ particularly conspicuous). It’s an inarguably more enlivening work however, where even a song named ‘Doomsday’ revels in a sense of unity afront crisis, buoyed by a fervent cavalcade of instrumentation.

The emotion Perkins communicates through his distinctively weathered, wobbly tones is also remarkable – the epiphanous final bars of ‘I Heard Your Voice In Dresden’ in particular, where he swings into a resolute assertion of love and understanding in the face of affliction. Lyrically he’s to be treasured: ‘How’s Forever Been Baby?’ is almost beatific in outlook, while ‘Hours Last Stand’ recalls the wistful candour of that earlier album’s ‘Sleep Sandwich’, a string-soaked waltz rich in transportive evocation.

For all its charismatic grandeur though, missteps are apparent. The relatively slight ‘Send My Fond Regards To Lonelyville’ enjoys the longest running time of the record, and comes sequenced before the ominous and lengthy ‘I’ll Be Arriving’, constituting a slight mid-album lull. By contrast, some of the most audaciously infectious offerings here tire before scaling potentially breathtaking peaks.

But these imperfections never blemish what remains an entirely engaging record. Tackling weighty themes and wrestling difficult truths with aplomb, it ultimately emerges triumphant: suffused with optimism and marked by opulent (though never garish) arrangements. Though he supposedly loathes the singer-songwriter tag, on this evidence Perkins is among the very best we’ve got – flanked by a preternaturally gifted set of players and blessed with a stirring poetic inclination that boldly approximates the greats.