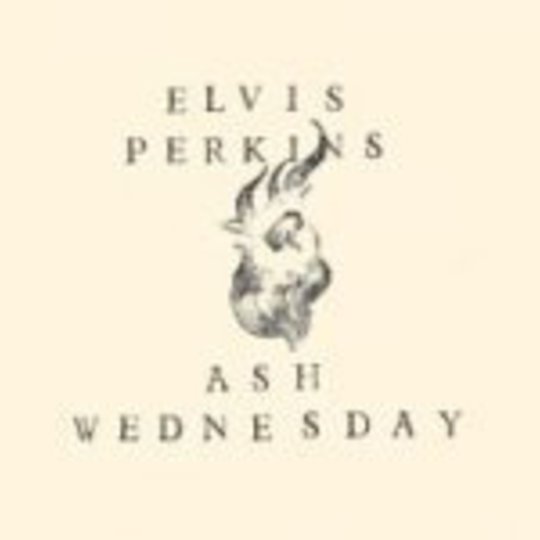 “I’ve got to go get waxed, I can’t have shadows by noon.”

Almost appropriately, for a man who resembles a young Tom Waits, Elvis Perkins’ voice quivers and croons lowly on his powerful ballad (not power ballad, this isn't The Scorpions) ‘Moon Woman II’ and it seems almost obvious to the outsider that life thus far has most certainly not delivered what was promised to the 32-year-old singer-songwriter.

The son of actor Anthony Perkins (best known as Norman Bates and Joseph K. in Psycho and The Trial respectively) and Vogue photographer Berry Berenson, the sombre tone of this debut LP is no doubt owing in large part to his father’s AIDS-related death and the loss of his mother as a passenger on board one of the ill-fated planes inadvertently bound for the Twin Towers on September the 11th.

There seems little point in exercising conjecture when considering a soul bearing album of this depth; the press release is cast aside and the cold hard truths are left alone to speak for themselves. So, too, is Elvis Perkins’ debut LP.

“You can always trust the darkness and the dust.”

For every mention Perkins makes of childhood, he seems to match it with some foreboding couplet or a more direct reference to death. And so these near polar opposites of the lifecycle collide, collude and ultimately provide Ash Wednesday with a strange stretch of canvas with which to portray a minefield of personal tragedy. In this black and white rendering, the most melancholic songs, like opener ‘While You Were Sleeping’, are communicated with an upbeat flavour which brings a much needed poise to the palette. But, this equilibrium predominantly feels like a temporary measure; as though the whole thing were carefully positioned on a hair trigger.

When the low end kicks right in, however, the balance is rocked by a stand-up bass and cello as they spar with Perkins’ croaky, lilting rasp. Such is the bass driven grip and contrasting pitch of the vocal that on occasions like ‘All The Night Without Love’, ‘Sleep Sandwich’ and the show stopping title track – which somehow single-handedly succeeds in harnessing much of the album’s subtle capriciousness – appears as though Perkins’ new label mate Thom Yorke has made recording buddies out of the Buffalo boys, sans Grant Lee.

That an album which appears so harrowing on its surface can bring some strange sense of calm by the end of its sixth play is testament to both Perkins' skill as a songwriter and the cathartic, unenviable road he must have travelled to achieve it.

Both dream-like and slightly brutal in its approach, Ash Wednesday is a rare folk-rock LP, drenched in equal parts sunshine and cloudy grey skies. That said - as he oozes a certain Oldham-esque flair - it seems that Elvis Perkins sees a similar kind of overriding darkness.