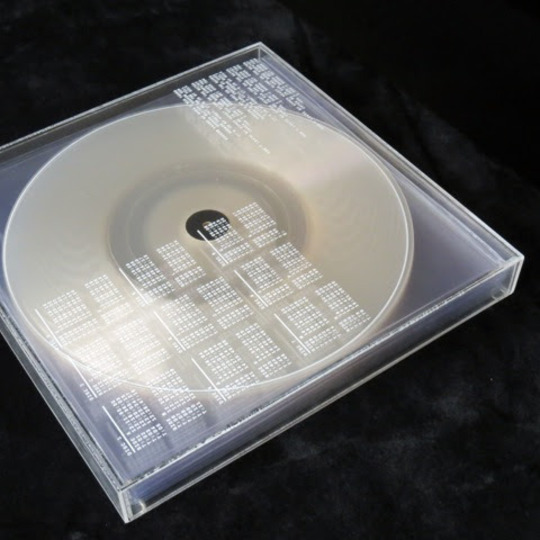 Hello folks and welcome to Drunk in Sound. This review – and I use the word loosely – needs something a bit different, so let me explain.

Back in May 2013, The National took part in a big collaborative art project with Ragnar Kjartansson, an Icelandic artist, to play the song ‘Sorrow’ from 2010’s High Violet for six hours straight, or 105 times. An elegant and beautiful way to explore the artistry of repetition, or the most pretentious, head-up-arse exercise in excess imaginable, that the band probably agreed to while drunk? There’s only one way to decide, really.

What do you want from a music critic? To listen to the album a number of times, paying close attention and putting painstaking detail into their thoughts? To spend days and weeks with the album, letting it sink in over an extended period of time – to date it, almost, to get a real sense of what it is, what it means? Look, it’s six hours of one song that I’ve listened to, without exaggeration, more than a thousand times before: I’m not fucking doing that, OK?

Instead, I’m going to liveblog it. I have nine cans of cheap, piss-weak lager sat in the fridge and I will get through them this evening, in the hope that the resulting thoughts will be entertaining. Because, let’s face it, you’re not going to pay the £120 they’re asking for the nine-LP vinyl release under any circumstances, are you?

17.17 Here we go. An extended intro, which is fair enough given how hoarse Matt Berninger is going to be by the end of this. Which makes me think, how much fun would it be if they’d chosen to do one of the shouty ones? ‘Abel’ would have been hilarious.

17.27 This, I think, is rendition number three and they’re actually sounding more energetic than when they began. Also, I’m not bored yet.

17.30 Yep the horn players are definitely getting louder, which seems like a risky ploy. Ooh and Bryce Dessner is changing things up a bit with the guitar fills.

17.36 The first pause between songs, albeit only a few seconds. Again they’re playing around with a few guitar harmonics. I’d be surprised if they can carry on changing things up over the next – Jesus Christ – hour and 41 minutes. This, in case you’re interested, is the start of track two on iTunes, or Side B if you’re mental enough to have bought the vinyl. I’m still singing along, mind.

17.44 Going to stick a pizza on and grab another beer. Let me know if I miss anything, yeah?

17.57 I have a 12-string Fender acoustic, an Epiphone Firebird and a J. Mascis Squire Jazzmaster here, as well as a bunch of cool pedals. I’m going to see if I can play along to the next one.

18.07 That actually sounded pretty good. Matt’s sounding a bit croaky now, though. 'You’ll need crack by the end of this,' suggests a friend via text message.

18.12 Bloody hell, almost a guitar solo there. I think it’s Bryce, as Aaron tends to handle rhythm when I’ve seen them do this live. I interviewed Bryce the other day and he’s a phenomenally smart guy, but he hasn’t got six hours’ worth of variations in him, I’d imagine.

18.28 The crowd are laughing and applauding something. This being an audio recording, I can’t tell what. This really doesn’t help with the whole 'immersing oneself in the experience' thing that I assume is necessary in these high-falutin’ artsy things. Look, I’m doing this from the perspective of a National fan, not an expert in art. And from that point of view, I am liking this stripped back version they’re doing now. The percussion is cut back, the horns taking the lead.

18.37 Beer number three. Also I just remembered I’m a lightweight. The guitarists are having a break now, by the sounds of things. I wonder if there’ll be an instrumental version. I like the idea of them playing about with the song, but six hours!

18.52 They’re still varying it, changing things up ever so slightly each go around. But I’m bored now. I mean, there’s some wonderful musicianship on display here, more so than the band tend to get credit for, either on their studio albums or live. But I’m coasting now and no one would blame you for doing the same.

19.13 Shall we see how this goes as background music for a bit? OK I’m going to read A Game of Thrones for a bit. I’m liking this Ned Stark character.

19.18 They’re doing a sort of drone rock thing now. It sounds fucking dreadful, if I’m honest. If you bought the vinyl then you’re going to think it’s scratched at this point – in fact it’s painful to listen to.

19.54 The crowd cheer enthusiastically as the next song is revealed to be ‘Sorrow’. The fuck is wrong with these people? That said, I’m back singing along now.

20.12 The National get drowned out by my housemate’s reaction to Wales going in front against Belgium. Going back to the idea of this as background music, it doesn’t really work on account of the release format: if you get the vinyl, all nine LPs of it, you have to change the thing 18 times. Eighteen!

21.01 “I'd pour that cheap lager in a bucket and drown myself,” writes fellow DiSser Tom Fenwick on Facebook (we’re all best mates here, y’know) as I start number six. This is like the time I spent 32 hours over a weekend liveblogging Man City’s transfer window for the Telegraph and spent the time where nothing was happening getting coffee. Only this time, I’m allowed to drink! We’re moving on to side L. Of R.

21.29 'Can we start that one over? I coughed at the best part,' says Matt Berninger. No you fucking can’t, Matt.

21.33 Could be worse: I could be watching the TFI Friday comeback that’s on now. Actually This version, with just Matt, Aaron’s guitar, the piano and horns is spectacularly beautiful enough to stand out.

21.43 Beer seven. I don’t have enough in, do I? It’s a good 15 minute walk to the off-license, too. Bryce is now doing some cool slide guitar stuff that sounds utterly fantastic, while the horn section again breathes new life into the song. Look, this is a stupid project, but what a fucking band these guys are.

22.01 I had a really good point I was saving for when I was running out of things to say. But now I’m drunk and have forgotten it. The audience is still clapping along. Fair play to what can only pretentious bastards, to have stood – stood – through this.

22.17 One hour to go! Although I’m taking a break to nip out for something to eat.

23.29 Sorry, took a phone call about work then went out. On the plus side, I have food and have found a bottle of cheap wine. WHICH IS ALL FOR ME.

23.40 This is the most stripped-back version yet and it’s quite spectacular. Some of these renditions make the album worth it... for someone who got a free promo copy, anyhow. One hundred and twenty fucking quid though, Christ.

23.43 STOP CHEERING THE OPENING LINES TO ‘SORROW’ YOU FUCKS.

23.52 You know those really heartbreaking “Oooohh” harmony bits? They dropped those at some point, and I’ve got a feeling it was quite a long time ago. They’ve definitely replaced them with instrumental fills since... ah I don’t know when.

00.03 It’s “Half a heart” or “Hyper heart”, definitely. I’ve been singing both. Anyway, this is just a battle now. I like winning, I’m good at it and I am going to beat this fucker of a fucking album. Half an hour to go until I can laugh in Matt Berninger’s face... briefly, before going to bed.

00.21 I’m 29 years old. I haven’t drunk this much in 10 years, and I’m alone. If this is the last thing that I write – which I fear it might be – then let me go out by saying smoking is cool, kids. Yeah that’s as fucking rock and roll as I get. I’m no Dom Gourlay. Cover me in rag-and-bone sympathy, sorrow, ‘cause I don’t wanna get over you.

00.27 Me: “Sorrow found me when I was young, sorrow waited, sorrow won. Oh Aaron and Bryce are doing those backing vocals again, with the end in sight.

00.33 I genuinely never want to hear this fucking song ever again. I’m going to dream of it tonight instead of my usual dreams where I fight Ramsey Bolton and kill the fucker. “This wasn’t our idea,” says Matt, just before Kjartansson comes on to thank the band. And that, finally, is tha-

00.35 Two minutes of crowd noise. There are five minutes left on the record. Fuck’s fucking sake.

00.38 Matt’s letting the crowd handle most of the vocals for this one. I’m surprised either can be arsed. The vocals aside, it’s a pretty straightforward rendition and the audience interaction is a nice touch.

00.39 THAT’S IT! The album is over. In conclusion, after six hours and eight minutes of listening to that, I can conclude that ‘Sorrow’ is a good song. And I never want to hear it again.