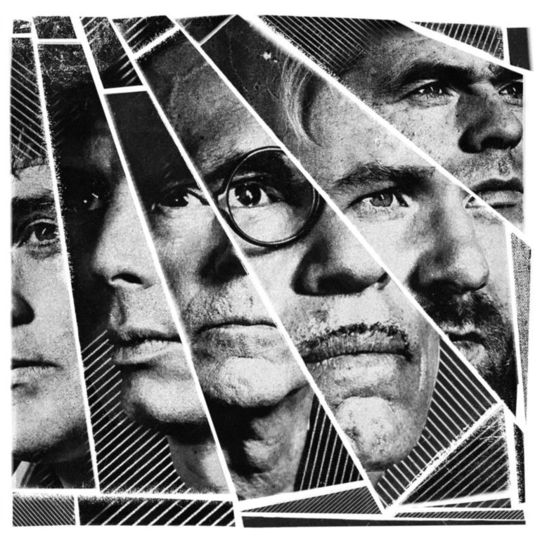 In many ways the newly-formed six-piece are a really, genuinely perfect proposition. Their very existence, as a sort of McBusted for Orange Juice fans, is perfect. The band’s (and album’s) name, FFS, is perfect: funny, functional and like most of the lyrics contained therein, playing on its double meaning. Perfect. The tracklisting is perfect, stuffed full of brilliant titles like ‘Johnny Delusional’, ‘The Dictator’s Son’, and ‘The Man Without A Tan’. Putting a song called ‘Power Couple’ right next to one called ‘Collaborations Don’t Work’ on an album formed from a collaboration between two bands is perfect. The final track is called ‘Piss Off,’ and it literally ends the record by telling you to “piss off.” Perfect.

Obviously no-one’s claiming FFS as a faultless masterpiece- it’s not that kind of perfection. It’s not Uncut Magazine perfect, not an Unknown Pleasures or a Sgt. Pepper, it’s far more disposable than such hallowed treasures. There’s perfection in that too, though. It’s perfect like a sharp knife is perfect, or a Nokia 3310 is perfect, or a light-up dance-floor is perfect, or maybe like an AC/DC album is perfect: it does the job you need it to do. It succeeds entirely on its own, self-contained terms.

Musically this sounds like, well… it sounds exactly like a collaboration between Sparks and Franz Ferdinand - really, properly, exactly like that. There’s catchy-as-velcro zingers in pretty much every song, there’s Russell Mael’s breathless, bouncing falsetto, there’s twitchy Franz guitars, and Alex Karpanos’ sultry croon, there’s Ron Mael’s harpsichord synth, there’s bits that sound happily like ‘This Town Ain’t Big Enough For The Both Of Us,’ (‘Save Me From Myself’) and bits that sound a little like ‘The Dark Of The Matinee’ (actually, also ‘Save Me From Myself.’) You can dance to nearly all of it, or you could read it out in a serious voice and kill yourself laughing.

At its heart FFS is a celebration of the outsider, a status justifiably claimed by both bands. Once attached to busy popscenes, both have long since been left alone as the musical tide has gone out around them- two lonely islands that discovered they were connected by a natural land bridge of disco and puns. Almost every song has an outsider at its heart - there’s poor Johnny Delusional, on the track of the same name, who wants to be brilliant, but is actually just “borderline attractive from afar”. The reality of his exclusion is made clear when the track drops out, just for a second, and the faint kick-drum thump of a party happening next door, to which our hero is obviously not invited, fills the gap. There’s the ‘Dictator’s Son,’ the unfortunate offspring of a despot, “born with a silver gun in a country that’s half insane” who’s far more interested in “Sixties soul, Nat King Cole, Harris tweed, wings and dip, girls who strip, Diesel flicks, art mix, hugo boss, dental floss, Instagram,” and, rather brilliantly, “damson jam.” Meanwhile the narrator of ‘The Man Without A Tan’ has to admit that his ”rugged handsomeness” is as nothing compared to the titular character’s pasty charms.

The scrawny, the unpopular, the tragically self-unaware and self-celebratory, the mis-shapes, mistakes and misfits, raised on a diet of broken biscuits, the disco-dancing underdog: that’s both Franz Ferdinand and Sparks through and through. That’s who FFS are, and what FFS is. If that describes you as well, then congratulations caller: you’ve found your album of the year. Marvellous.