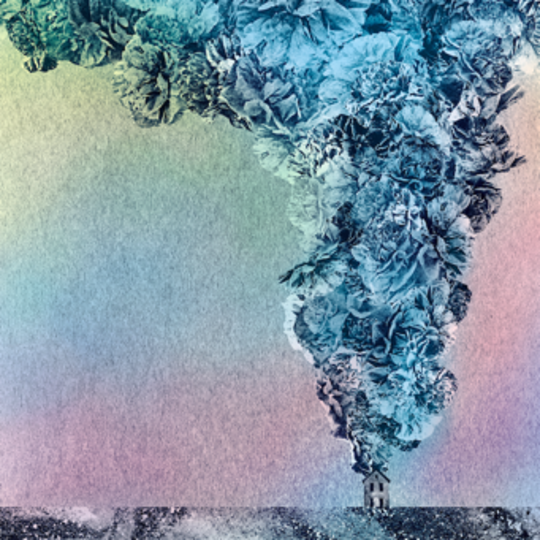 There’s a regular feature in Private Eye where readers send in quotes from celebrities, artists and media outlets that are particularly pompous, or guilty of excessive embellishment. There’s a case to be made for the majority of Carnation’s accompanying press release to be submitted to the Eye’s next edition of ‘Pseuds Corner’, which peaks with a quote from the words of its creator: 'In distinction from my other records, I think this has a sense of malign opulence. That is to say, darker and more elegant and sophisticated than my previous outings. If All Hell [Gibson’s debut] was candy, and Me Moan gourmet beef jerky, then Carnation is delicious melon.'

Melon is indeed often selected as a delicious starter, but can an inedible CD or album stream really compete with its satisfying juiciness? It’s a lofty ambition. But you have to admire Daughn Gibson’s poetic self-belief in his artistry, and, to give the Carlisle, PA man credit, it does ring true in his third record’s sumptuous opener, ‘Bleeding To Death’. Sustained piano chords, along with a chopped female vocal and some sliding guitar effects, make for an appetising audio entrée. It’s made especially sweet when Gibson joins in with his husky vocal tones, announcing tonight’s specials and enquiring about any specific dietary requirements (not really, he sings quite poignantly about not wanting to come “back to life”).

Evident comparisons will be drawn with The National on the following ‘Heaven You Better Come In’, an emotive, undulating track that carries a haunting sensuality that’s hard to shake. ‘Shatter You Through’, meanwhile, is actually quite a danceable number – not the most immediate facet of Gibson’s discography by any means - with jumping drums, rolling bass licks and pirouetting piano twinkles all making for an irresistible, Eighties-inspired cocktail to go with your, er, melon. Indeed, it’s not a million miles away from a Nick Cave creation – an association that’s certainly applicable to the country-flecked wonder of ‘It Wants Everything’. A veritable cousin of ‘Red Right Hand’ for its slinky, seedy approach, its boozy lyrical perspective spits all kinds of warnings: “You’ve only got a couple of years left” he growls during one break, full of theatrical menace.

But for the creation of a man blessed with such an absorbing baritone, Carnation does a very good job of making it part of the supporting cast rather than shunting it centre stage. There’s an impressive ensemble of instrumentalists and arrangements – Skerik’s sax solo on ‘Shine of the Night’ is one such highlight – but it often feels like one of Gibson’s primary talents is stripped of its chance to truly articulate that “maligned opulence”, and is instead left awkwardly shuffling behind the curtain. Closer ‘Back with the Family’, for instance, sees Gibson’s echoing vocals drift along rather anonymously in contrast to the rich, two-part wall of doomy sound he’s concocted. It’s almost frustrating, but then Carnation was never going to be the type of easy listen that ticked the most obvious boxes. And, as such, it may take some perseverance to get on board here with Gibson’s vision - but, if you achieve that, then you’ll be rewarded with a record that’s as beguiling as it is strange.