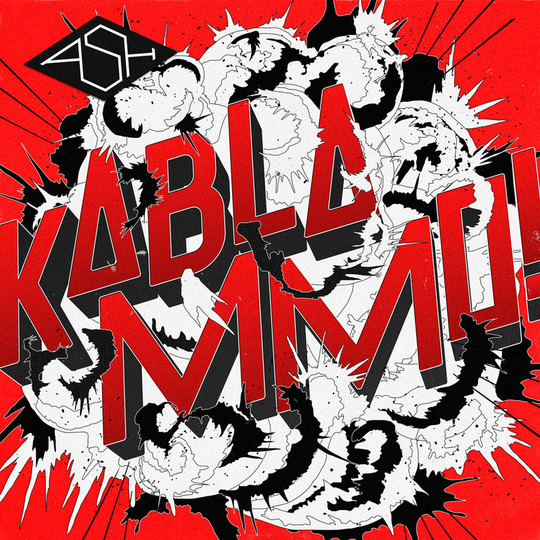 When Ash announced in 2007 that it was their intention to eschew the album format from now on, it will have been a concept which made sense to many, even if few expected them to see it through. Their knack for a brilliant pop song may have eventually come to work to their detriment, with the unfortunate side effect being the development of a reputation for being a ‘singles band’. If this is the case, I’d consider this a little unfair, because unlike the likes of Weezer none of Ash’s albums have ever felt particularly bogged down with filler. Hell, practically every song from Free All Angels and most of the b-sides from that era would have made great singles, and the lesser-ballyhooed pair of albums which followed it were both a lot better than they got credit for.

Ironically enough, the A-Z Series which in 2009 heralded the commencement of their ‘singles-only’ era was probably the first project of theirs which felt blighted by a lack of quality control. While it certainly wasn’t without its moments, what we learned from the experiment was that not even Ash were capable of releasing a consistently strong single every fortnight for a year.

Sometime in the intervening period, Ash’s stance on the redundancy of the LP apparently softened, and Kablammo! is the result, their first album in eight years. As you’ll probably tell from the lovably ridiculous title, the no less in-your-face artwork and the ballsy directness of opening single ‘Cocoon’, this represents their ‘back to basics’ record. Having spent the best part of the last decade lacking a particularly clear direction, this is the point where Ash intend to remind us (as well as themselves, perhaps) what they do better than anyone else, which is to hit that sweet spot between raw energy and sweet melody and make it all seem so fucking easy.

At its best, Kablammo! achieves this. Its directness means that its closest kin within the Ash canon is probably 2004’s taut collection of straight-up rock singalongs, the sadly neglected Meltdown. ‘Let’s Ride’ and ‘Go! Fight! Win!’, in particular, are every bit as big, dumb and fun as their titles would suggest. Similarly, where Meltdown gained some depth from its soft centre of ‘Starcrossed’, Kablammo has the its own lush, yearning number at its heart. ‘Moondust’ hinges on gorgeous rolls of piano, strings and Tim Wheeler’s best Little Boy Lost vocal and the result is absolutely lovely. If it all seems a little ‘Ash sad song by numbers’, then this is mainly just because Wheeler does that wide-eyed, lovelorn thing so brilliantly.

There is the odd moment on Kablammo! where it feels like Ash have aimed to break new ground on what some may be surprised to realise is still only their sixth album. The short instrumental ‘Evel Knievel’, for instance, is pretty enjoyable, with its playfully meandering ‘Knights of Cydonia’ style riff. Another of the album’s more downbeat moments, its finale ‘Bring Back the Summer’, could also be said to mark fairly untouched territory. It’s beautifully poignant, but not in a way we’ve ever seen many times before from Ash, because it plays it completely subtly. There’s no big undulating swells of violin or guitar, just a hazy and faintly spacey sense of nostalgia, and it ends the album on a very strong note, reminding you that Ash are still very much alive as a creative force.

It’s a shame that this reminder should be needed, but it’s difficult to escape the sense that it is indeed necessary, because while Kablammo! does enough to justify its existence within Ash’s powerful back catalogue, it really does feel like it tails off towards the end. There’s nothing hugely offensive on the second half of the record, and it’s all energetic and lively enough, it’s just that the trio of ‘Hedonism’, ‘Shutdown’ and ‘Dispatch’ all seem a bit forgettable, blurring into one like no other triptych on an Ash album I can readily recall. While there’s a game enough attempt to revive things afterwards with the torch song stylings of ‘For Eternity’, it’s still hard to shake a guilty sense of relief at having made it through to the closing point of side two in the aforementioned ‘Bring Back the Summer’.

Maybe this is all just another example of Ash being inadvertent victims of what they do so well, though. Perhaps we’d judge another band less harshly for putting together an album which is ultimately perfectly serviceable, and which contains a couple of songs which would comfortably sit on another Best of collection. However, the problem is, Ash have spent a long time meaning so much more than A.N. Other band to a lot of people. They’ve soundtracked the last 20 years so fucking beautifully for so many that while the longstanding fan may indulge them the odd misstep, it’s a little bit jarring when they produce something which by their own high standards is, dare I say it, a bit underwhelming.