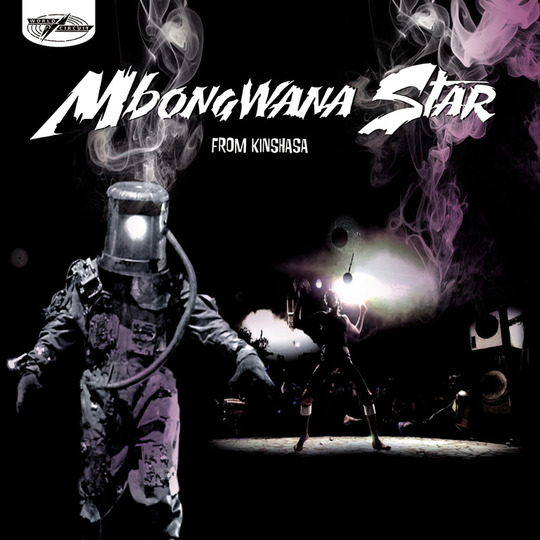 In Lingala, the main spoken language in the city of Kinshasa besides the imperial French, ‘Mbongwana’ means ‘change’. The hippest corners of the west are currently in the throes of a passionate one way affair with music from all corners of the African continent, discovering countless vintage chunks of funk and afrobeat from Nigeria and Ghana, wedding party music from Egypt, or desert blues from Mali. Historically, the gigantic and wild regions around the Congo river in central Africa (now mostly the DRC and Rep of Congo) have produced musicians that have travelled freely around the continent, nomadically contributing to its many musics - perhaps most famously the fingerpicking guitar style that typifies sub-Saharan music. The reality on the ground of course, is that modern Congolese mostly listen to rap, reggae, and crazed auto-tuned pop, far from the bassy vintage funk we envisage while spinning the latest Soundway compilation in the queue for our morning coffee. Now however, it’s time for a change, and native Congolese music is getting recognised in its own right, and in its own time.

Mbongwana Star are without a shadow of a doubt, the best new band to emerge from the sprawling, difficult streets of the DRC’s capital and largest city, Kinshasa. The likes of congotronic collectives Konono Nº1 and Kasai Allstars have flown the flag for traditional-sounding strands of contemporary Congolese pop music on the world stage, including those all important 'amplified thumb pianos through burst out speakers', but Mbongwana Star seem to break free from the image of a ‘shanty town miracle’. I’ve always felt slightly uncomfortable with this portrayal of Congolese musicians using ‘rudimentary’ equipment because they’re living in a shanty town. Maybe it’s just because an amplified mbira through a cheap amp sounds fucking awesome? Mbongwana Star reassemble the pieces of their native music into a forward thinking new form. The music is rhythmic and propped up by bountiful amounts of percussion, but without resorting to well worn central African ‘tribal’ cliches or tired rhumba rhythms. There are soaring vocals and close harmonies, but there are also primordial cries of joy and attitude heavy deliveries from two paraplegic frontmen, Coco Ngambali and Theo Nzonza. There are danceable bass lines, but they’re often razor sharp, or stuck on a bare handful of notes, closer to Joy Division than Fela Kuti. And then there are blown out electronics, but wilfully scattered over the grooves, magic dust and rocket fuel, ranging from cosmic synths as on the opening ‘From Kinshasa to the Moon’, or the irresistible gnarled mbira melody contributed by Konono Nº1‘s Mawangu Makuntima at the heart of lead single 'Malukayi'.

With the guidance of veteran French-Irish producer, Doctor L, From Kinshasa sounds incredible, perfectly mixed, and excellently incorporating the varied unique, and thus far, not so typically African elements detailed above. Even so, a great record always needs great songwriting and tunes to really succeed, and Mbongwana Star appear to have both in buckets. The jumpy beat of ‘Shégué’ cycles onward as stirring vocals interlock, strangely industrial and somewhat discordant grinding synths whirr overhead, and jazzy organs flail down below. ’Masobélé’ provides the album’s most jaggedly funky groove, punctuated by Coco Ngambali’s punchy rhythmic Lingala lyrics like James Brown incarnate. At the centre of the album, the sparse, wistful ‘Coco Blues’ takes a break from the energetic battering of percussion and keyboards for a gentle heartfelt breezy blues, and almost whispered vocals. ‘Kala’ is another instant classic, practically resembling some lost track by the likes of the Klaxons (well….someone a bit better than that), awash with buzzing synth pads, anthemic bursts of singing, and a busily urgent hi-hat groove. And then there’s ‘Suzanna’, an infectiously upbeat song filled with sunny guitar fingerpicking that somehow still manages to have been built atop a pulsating noisy techno backdrop similar to the likes of Perc.

The development of music from central Africa has been poorly charted to date, too easily conflated with the continent’s other regions, and perhaps written off along with the rest of a region doomed in the eyes of the west. Poverty is undoubtedly rife in the region, and life is surely tough (the prevalence of violence and sexual violence is essentially leaving an generation with PTSD) - but naturally, there is more to life. Music is essentially a human right, not a luxury. From Kinshasa should be viewed as a turning point for the music of the entire region. It sacrifice nothing of its Congolese identity in favour of a futurist outlook. The darkly gnarled core of the album isn’t one assembled from junk, sewing together corrugated iron and siphoned electricity to make lo-fi copies of Western music methodologies, it’s all the purest sonic experimentation, simply finding what feels good. With their debut Mbongwana Star have made a really classic record for the ages, and what’s more, one that could shape a whole lot of music to come.