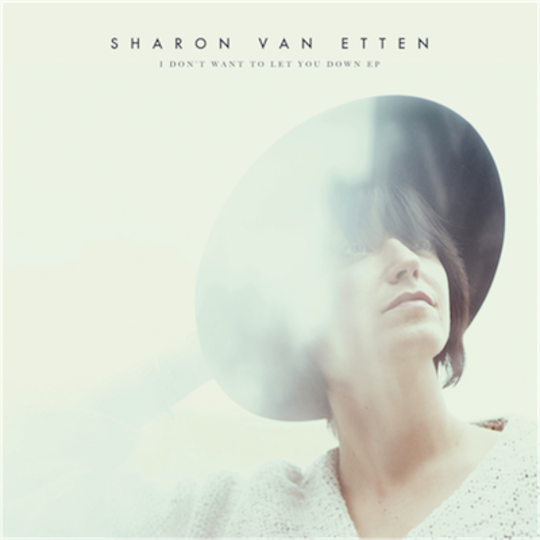 It’s probably best not to read too much into what the timing of this new EP from Sharon van Etten actually means for her; she’s always been prolific, as four full-lengths in six years can attest, and she’s in the thick of a world tour, too. It’s certainly not as if her outstanding fourth LP, last year’s Are We There, actually needed a coda of sorts; it was a taut, well-executed and perfectly self-contained affair, and presumably the four studio tracks on I Don’t Want to Let You Down are leftovers from those sessions.

You do wonder, though, whether the instrumental choices on the tracks are the reason they didn’t make the cut the first time around, or whether instead Van Etten has chosen to experiment a little, safe in the knowledge that she can do so without interfering with Are We There’s carefully-crafted atmospherics. The title track feels a little breezier than much of what made it to that album - the country-ish, noodling guitars are a little freer, and the vocal take sounds a tad more relaxed than those we were met with on the measured likes of ‘Afraid of Nothing’ and ‘Tarifa’, for instance.

On top of that, there’s the choppy, almost glitchy organ sound on ‘Just Like Blood’, which otherwise could have easily slotted onto Are We There without either the instrumentation or the lyrics being jarring. ‘I Always Fall Apart’ was surely given the chop for sounding far too similar to ‘I Love You But I’m Lost’, even if it’s just as strong lyrically; interesting again, though, is the decision to use strings fairly liberally on the track, something Van Etten largely shied away from on the album. The live version of one of its standouts, meanwhile, serves as a stirring advertisement for her live shows; ‘Tell Me’, recorded in Barcelona late last year, is even more potent on stage. Van Etten’s vocals always sound that bit more emotive, that bit more vulnerable, when she’s in front of an audience, and the band’s unfussy tightness allows her to take centre stage in that regard.

If you’re coming in to I Don’t Want to Let You Down looking for indicators of what album number five might end up sounding like, ‘Pay My Debts’ is likely your best bet. Are We There was largely an exercise in both restraint and in painting with careful brush strokes; this track, though, hints at possible experimentation to come, from the ominous throb of the bass to the distant, intermittent shimmer of guitar. It’s a slow burner that’s loaded with menace and that sounds more expansive than anything Van Etten’s turned her hand to since Tramp; even if it’s not a primer for whatever’s next, both ‘Pay my Debts’ and, indeed, I Don’t Want to Let You Down as a whole serve only to fuel, rather than dent, the anticipation that Are We There rightly stoked.