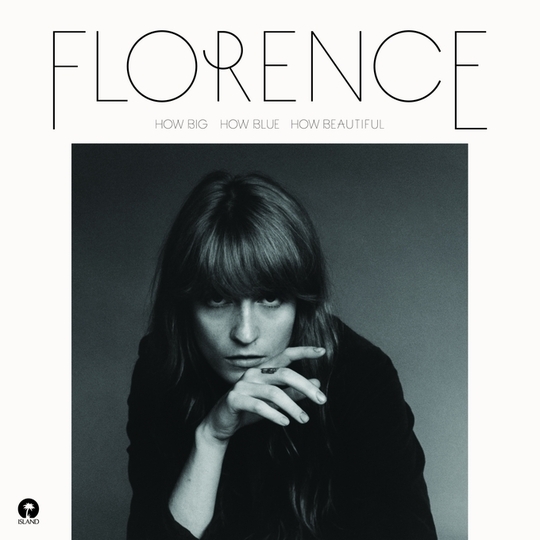 Florence and her Machine seem to get pretty short shrift in the alternative music world these days, even if her debut record was received fairly warmly back in 2009 - something that was all the more impressive on account of any veneer of credibility she did have being shot to pieces before it was even released. It wasn’t especially difficult to see through the major-label line we were being fed about the Londoner in the months leading up to Lungs: having a bit of standard-issue, Zooey Deschanel ‘quirkiness’ about you and combining it with a penchant for chaotic, boozy live shows that usually ended up with somebody climbing the stage rigging doesn’t make you Camberwell’s answer to Kate Bush.

By the time Lungs was out, she’d secured the necessary Radio 1 ubiquity with the likes of ‘Dog Days Are Over’ and - especially - that inescapable Candi Station cover to ensure prominence at the summer’s festivals and a rapid ascent through the venue capacity ranks. That shouldn’t have detracted, though, from what Lungs was; a pretty good first stab at an indie-pop album. There were probably a few too many ideas on there, but most of them worked regardless; the now-common accusation levelled at Welch that there’s little more to her than unbridled shoutiness was certainly not valid on this evidence. There was drama, sure, but she knew when to rein it in; then again, perhaps the fact that ‘You’ve Got the Love’ was rashly shoehorned in at the end - after the moody ‘Blinding’, which would have been a thrilling way to close the record - was an omen of what was to come.

Welch ceded to her commercial instincts on follow-up Ceremonials, and an overblown mess resulted; still, at least she reached the arenas and festival headline slots that the almost comically-overwrought likes of ‘Never Let Me Go’ and ‘No Light, No Light’ were clearly intended for. Worse still was the migraine-inducing Calvin Harris collaboration, ‘Spectrum’, which somehow topped both the charts and ‘You Got the Dirtee Love’ as Welch’s most ill-advised joint effort; the latter track was a Dizzee Rascal mash-up with a title that challenges the idea that you shouldn’t judge a book by its cover.


You had to expect that she’d head further down that road on album number three, especially now that she is, by anybody’s estimation, an established pop star, but How Big, How Blue, How Beautiful is ultimately a pleasant surprise. The deluge of early singles set the tone; ‘What Kind of Man’ proves that Welch has preserved her ability to deliver theatricality in a manner that doesn’t involve the kitchen sink. It’s a sign of how bloated Ceremonials was that this track, which features a choir and a frankly thundering chorus, still feels kind of sparse. It’s a pretty simple stomper of a guitar line that’s the driving force - you could comfortably strip everything else away and still have a great blues song.

‘St. Jude’, meanwhile, promised two things; forays into uncharted territory - Welch had never before made a track this delicate, this intimate - and some Lungs-esque diversity on the record proper. She’s delivered on both counts - ‘Long & Lost’ is a similarly-soulful standout, all flickering guitars over a distant percussive lull, and the steady simmer of ‘Caught’ suggests that her fondness for harmonic backing vocals, which were largely used like a battering ram on Ceremonials, is benefitting from a move into calmer sonic waters.

Not everything here works; the overlong ‘Queen of Peace’ meanders instrumentally, with Welch occasionally threatening to fall back into the bad habit of bellowing her way through proceedings to make up for it, and opener ‘Ship to Wreck’, which does so much else right - the cutting sweep of the strings especially - suffers at the hands of an over-zealous chorus. Still, after how the tightly-wound Ceremonials it’s nice to hear some songs from Welch that actually breathe a little. She counts on little more than a guitar and that near-omnipresent choir for backing on ‘Various Storms and Saints’, and it allows her to let her voice do the heavy lifting; she segues so smoothly between verse and chorus that you barely hear it happening. ‘Mother’, in closing the record, is a little cluttered, as if every idea left over needed squeezing in at the death, but there’s enough of a strut to it to make it difficult to care.

Whether she won’t or she can’t, Welch is probably never going to deal in genuine reserve. It’s hard to shake the feeling that she could record an album of Nick Drake covers under clinical sedation and still end up howling rather than whispering. There might be some truth in the suggestion that she too often mistakes a loud delivery for an impassioned one, but she’s gone from making an album that felt in constant peril of collapsing under its own weight to one that carries her predilection for drama with genuine confidence - for now, at least, that’s redemption enough.