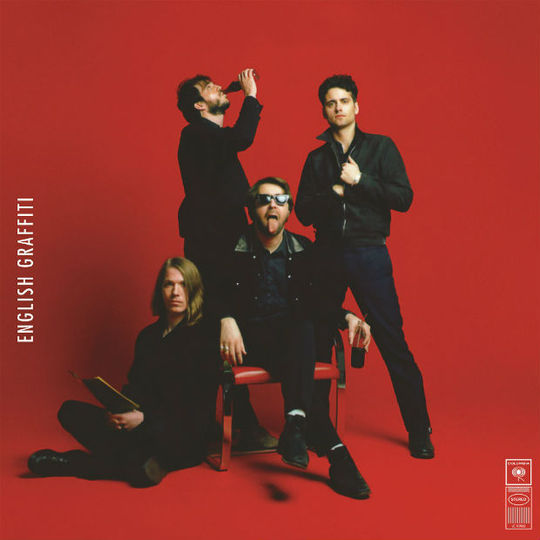 Somehow The Vaccines have become one of the biggest 'indie' bands in the country without anyone really noticing, and if you’re the kind of person who gets their cultural kicks from exciting rock movements, that should concern you. There was a time when such a meteoric rise, from the toilet circuit to arenas in a few years, would be a flag waving, all consuming affair. The Vaccines? Just another decent indie rock band, slugging through the festivals with their choruses and their riffs and their denim jackets. Most reviews of their 2012 Alexandra Palace show made mention of Blur’s performance at the same venue 18 years earlier, a gig that proclaimed Britpop’s arrival in the big league, complete with screaming teenagers and the sense of a cresting movement. In truth the Vaccines’ show carried none of that momentum - it didn’t feel like a celebration, it was just a band playing a venue logically big enough for the amount of people who wanted to see them. It wasn’t important; ultimately the Vaccines aren’t.

But why dwell on that? What’s wrong with being decent band making a decent album? Because it’s weird and it’s sad that this is one people are paying to see and hear. Twenty years ago? A decade ago? Comparable sized bands were the ones that mattered, they were the bands kids obsessed over. Now? It's simply a fact that 99.99% of the record buying population would pass singer Justin Young in the street without noticing.


English Graffiti, the band’s third album, is – beginning to end – fine. Quite good. Okay. Decent. Hummable. Noddable. Occasionally danceable. It’s a good record, it honestly is. But good grief, it’s a hard one to be excited by, and that’s significant because in terms of the guitar-toting big guns of British music, this is apparently the best we have. Sure there’s lots of brilliant acts bobbing about downstream in the NME pecking order, but this feels like the first time those beautified by the mainstream have ascended with such an utter lack of fuss. It’s been so functional.

Is that the Vaccines' fault? Probably not. With English Graffiti they’ve tried hard to move forward, mostly by taking the lovelorn Ramones-Meets-Ronettes pop of their 2010 debut, with a dash of the tougher rock of its follow up, 2012’s Come of Age and sticking it in a food blender with two scoops of summery psyche-pop. Co-producer Dave Fridmann, alumnus of MGMT, Tame Impala and Sleater Kinney, was clearly chosen with an eye on adding the breezy oddball magic. If the intention was to create a mainstream pop record with an 'out-there' psychedelic layer floating beneath it, like two overhead projector slides, than that mission has been mostly accomplished. Opener ‘Handsome’ is a jolly pop stomp, winding the album up with a weirdo electronic buzz, while ‘Radio Bikini’ is a two-minute smasher, all overdriven drums and fuzz overlays and ‘20/20’ is the formula of early Vaccines’ hits ‘Wrecking Bar (Ra Ra Ra)’ and ‘Post Break Up Sex’ augmented by scuzzy dreampop. If we’re honest Vampire Weekend beat them to this exact sound by two years, but that doesn’t mean it’s badly done.

Most interesting are the ballads, ‘(All Afternoon) In Love’ is quite lovely, a floaty, lazy-summer's-day of a love song with clear nods to the Beatles and Jeff Lynne, while ‘Want U So Bad’ is catchy and sweet.

There’s a definite sense English Graffiti was made with an eye on furthering their mainstream success, most shamelessly when aping Eno-era Coldplay, as on the dull stadium-nodders ‘Maybe I Can Hold You’ and ‘Give Me A Sign.’ There’s no shame in pop ambition, of course, though it’s sad that it should generate the record’s weakest moments.

A perfectly decent release then, from one of the big names of indie rock. It’s unfair to lay the blame of guitar-pop’s current malaise at the Vaccines door, they’re hardly doing it on purpose, but then English Graffiti is talismanic of the problem: in every sense nothing to get excited about.