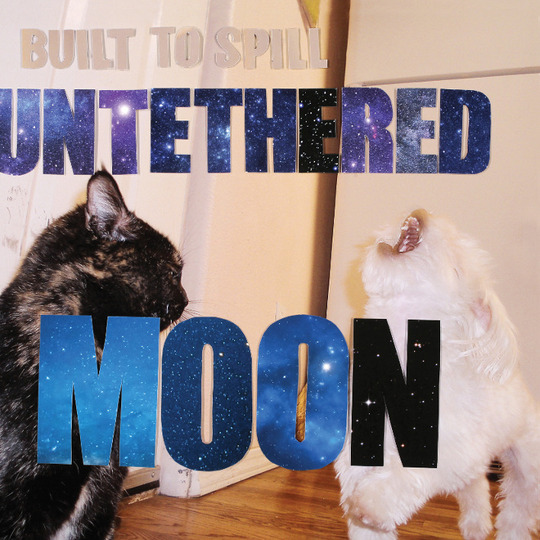 Like their peers Modest Mouse, Built to Spill strike me as one of those bands who’ve nailed their own sound to such a fundamental extent that actually releasing new music is no longer a particularly necessary part of what they do. It’s been six years since previous studio album There is No Enemy: a few decades ago that would have been enough for the Idaho rockers to merit an appearance in a ‘where are they now’ section of a pop periodical. But this is the twenty-first century, when there’s not much incentive to release new material beyond the demands of your own muse, and mainman Doug Martsch’s muse has clearly been telling him to get on with the usual business of playing fucktonnes of live shows and shuffling the band line up again. Built to Spill albums inevitably sound so Built to Spill-ish that a new one is only really needed as a matter of occasional pride; heck, when I saw them live, in 2008, they were for whatever reason re-touring 1997’s Perfect from Now On and absolutely nobody had a problem with that.

Still, Martsch isn’t Billy Joel: fresh music does happen still, and Untethered Moon is a respectable addition to the canon that sounds different enough from their previous work to justify its creation while similar enough that if they hadn’t made it the universe would likely have gone on much the same.


If There is No Enemy was a pretty concise record of dreamy guitar pop, then Untethered Moon sees the band get back to a gnarlier sound, with roughhewn, grungy production and two songs that yawn far over the six-minute mark, erupting into hackingly primitive Crazy Horse-style jams.

Still, it all sounds very much like Built to Spill: in fact I swear opener ‘All Our Songs’ is about this very phenomena – the lyrics do seem to be discussing BTS’s body of work and its homogeneity – “I’ve found a place where I’ll always be tethered” – but concluding that maybe that’s alright: “rock’n’roll will be there forever”. It’s not really a problem, though is it? The six-year gap between records and daft flirtation with electronic reinvention (2010’s The Electronic Anthology Project]) suggests Martsch has been wresting with his band’s unshifting DNA and perhaps made his piece.

The thing is, the band’s roomy homogeneity remains compelling: the skyscraping guitars are both cacophonous and elegant; Martsh’s voice and words are a sad, dreamy counterpoint - “I don’t know how to never fall apart; please tell me how to never fall apart” he sighingly pleads on ‘Some Other Song’, and it’s hard not to feel this is a special piece of music, regardless of similarities to other music the band have done. And the band’s refusal to depart from their essential aesthetic yield undoubted rewards: if they’d fannied off to write a synth album or whatever then they wouldn’t writing such crystalline perfect nuggets of hard, wonky sound as ‘Living Zoo’, which sounds like some gorgeous forgotten college rock gem.

Plus it is a step up from the polished There is No Enemy, if only because of the piquancy of the heavier guitars: ‘On the Way’ concludes with a solo that sounds like somebody hacking a tree down, while on gargantuan closer ‘When I’m Blind’ it’s more like a whole forest being razed.