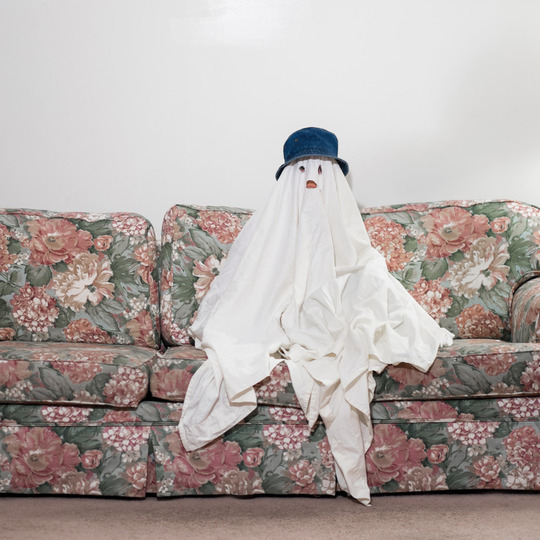 If you were just casually dropping in on Chastity Belt, you might well think the whole project to be some form of elaborate joke. For a start, there’s the absurdly retro-nerd styling of their press shots, and a name that could be viewed, if one thought about it, as a sly dig at the studied seriousness of Canadian 'future pop' duo Purity Ring. Then there’s their debut album No Regerts (typo intentional). Featuring one song called ‘Giant (Vagina)’, and another with lead singer Julia Shapiro yelling “Pussy! Weed! Beer!” – repeatedly – over a jaunty, Strokes-esque riff, it would be easy to dismiss it as a disposable soundtrack for frat parties and all-night sessions of beer pong.

But that sense of teenage misadventure and a permanent, two-beer high is exactly what gave No Regerts its sparkle. The four-year gap after leaving home and before real world responsibilities kick is a time when dreaming big and kicking back are not mutually exclusive, and Chastity Belt latched onto it with glee and some wickedly sharp lyrics about fucking, drugs, and gender politics. Young and dumb it most certainly wasn’t.


Any lingering doubts over the Seattle four-piece’s smarts are demolished within the first two minutes of ‘Drone’, the opening track on their second album Time to Go Home. “He was just another man trying to teach me something”, croons Shapiro, referencing Sheila Heti’s 2012 'constructed reality' novel How Should a Person Be?, a languid beat and the chiming echo of Lydia Lund’s guitar sit perfectly with song’s dispirited view of relationships – “I never expect much from anyone” – and the semblance of freedom they contain.

There aren’t many bands nowadays who attempt to marry serious themes to fuzzy slacker-pop, and ‘Drone’ doesn’t just set the album up beautifully; it’s the opening salvo for everything they believe in. The point at which lazy, carefree days give way to more serious, real-world concerns are a tumultuous time for anyone, and Chastity Belt still have more questions than answers; “What is real?” they ask on ‘Lydia’, “Is it cool not to care?” poses the central refrain of ‘IDC’. Demonstrating youthful ennui is that track’s main function – “I got drunk out of boredom, I did not want to be there” – and their response to an era that, on the surface, promises much but delivers little is a typically Millennial shrug; “I don’t care”.

The centre point of all this, and proud endorsement of sexual liberation, is ‘Cool Slut’. “We’re just a couple of sluts going out on the town, fooling around,” mocks Shapiro knowingly over a catchy, sing-song guitar line, before exhorting: “Ladies, it’s okay to be slutty”. It’s a disarmingly powerful message, aimed squarely at celebrating individual freedoms and those “trying to take off their shirts”. Shapiro has talked in interviews about how “I’ve always liked the word ‘slut’, I think it should be a positive thing,” and that “we have something to say, so we’re saying it,” views that place them firmly among the vanguard of modern feminism (what Rhiannon Lucy Cosslett has described as a “down-to-earth equality that lets you make your own mind up…and do whatever the hell you want”). It’s refreshing to hear an aspiring indie band put such beliefs above concerns over how they will be perceived, and not only are Chastity Belt well placed to lead the fight, you get the sense the really don’t give a fuck who they upset along the way.

Of course, none of this would have the same impact if the music wasn’t up to much, and Time showcases just how much they’ve grown as musicians. It’s a beautifully composed record, where songs gently bloom and the pace constantly ebbs and flows; the way ‘Joke’s guitars gently build on each other and the title track’s sudden switch between gears are neat touches and the mark of a band utterly confident in their approach. Throughout, there’s a luscious, space-y echo to the guitars and a pleasing snap to the drums, an unfussy arrangement that lets each element – and Shapiro’s voice – inhabit just the right amount of space. Others have claimed that there’s a sadness soaked into these 11 tracks, a feeling that’s more morning-after reality check than carefree excitement, but I disagree; it’s just four women growing up, finding their voice, and confronting the world unflinchingly on their own terms.