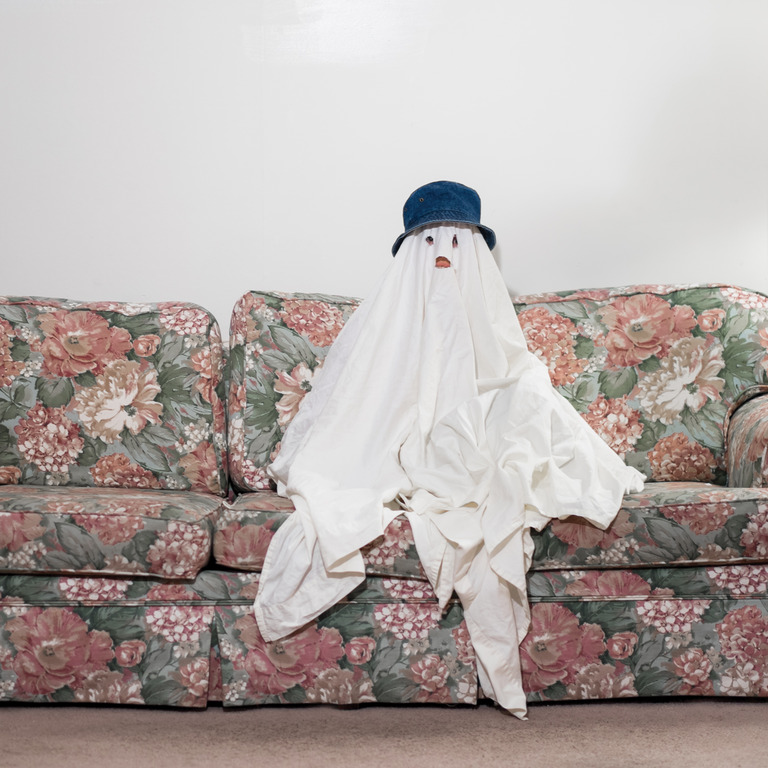 Four women growing up, finding their voice, and confronting the world unflinchingly on their own terms.»

Chastity Belt is a rock band consisting of four friends - guitarists Julia Shapiro and Lydia Lund, bassist Annie Truscott, and drummer Gretchen Grimm. They met in a tiny college town in Eastern Washington, but their story begins for real in Seattle, that celebrated home of Macklemore and the Twelfth Man. Following a post-grad summer apart, a handful of shows and enthusiastic responses from the city's DIY community led them, as it has countless others, into a cramped practice space. They emerged with a debut album, No Regerts, sold it out faster than anyone involved thought possible, and toured America, a country that embraced them with open-ish arms. Now they're back and the tab is settled, the lights are out, the birds are making noise even though the sun isn't really up yet: it's Time to Go Home, their second long-player and first for Hardly Art. In the outside world, they realized something crucial: they didn't have to play party songs now that their audience didn't consist exclusively of inebriated 18-22 year olds, as it did in that college town. Though still built on a foundation of post-post-punk energy, jagged rhythms, and instrumental moves that couldn't be anyone else's, the songs they grew into in the months that followed are equal parts street-level takedown and gray-skied melancholy. They embody the sensation of being caught in the center of a moment while floating directly above it; Shapiro's world spins around her on 'On The Floor,' grounded by Grimm and Truscott's most commanding playing committed to tape. They pay tribute to writer Sheila Heti on 'Drone' and John Carpenter with 'The Thing,' and deliver a parallel-universe stoner anthem influenced by Electrelane with 'Joke.' Recorded by Jose Díaz Rohena at the Unknown, a deconsecrated church and former sail factory in Anacortes, and mixed with a cathedral's worth of reverb by Matthew Simms (guitarist for legendary British post-punks and one-time tourmates Wire), 'Time to Go Home' sees Chastity Belt take the nights out and bad parties of their past to their stretching points, watch the world around them break apart in anticipatory haze, and rebuild it in their own image with stunning clarity before anyone gets hung over.
description from www.roughtrade.com