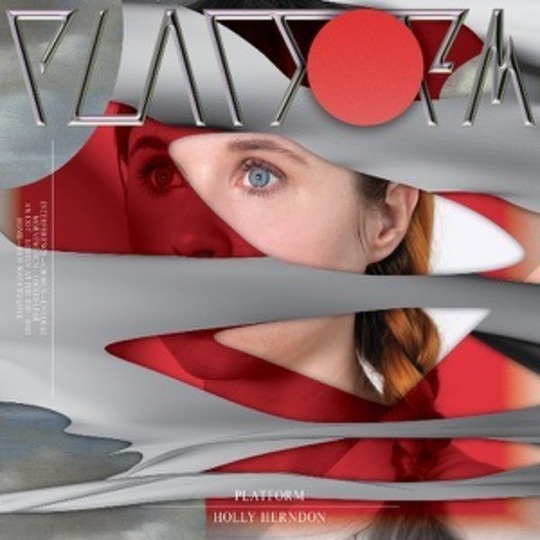 Californian electronic experimentalist Holly Herndon has never quite convinced on record in the past. Whilst 2012’s Movement, for instance, was undeniably very impressive, it also never quite lived up to its potential, failing to fulfil some of the ideas that it did a very good job of putting on the table to begin with. Platform is unlikely to encounter similar criticisms. At once Herndon’s most accessible and most adventurous record, this is digital age avant-garde sound art put through a pop prism, and it’s all the more exciting as a result.

The single ‘Chorus’, released last year, hinted just how good this record was going to be, and it’s unsurprisingly still one of the top tracks here. With its body dominated by vocal loops – think Julianna Barwick gone techno – it lures the listener into a environment that is both high-tech and yet resolutely human. The effect is joyous at first, thanks to the song’s obvious pop inflections, but ultimately becomes slightly disturbing after repeat listens. Herndon’s voice(s) circle and engulf everything that comes into their path, creating a sense of technology devouring the humanity presented to it. A similar tale is true of the likes of ‘Unequal’ and ‘Home’, which also sculpt Herndon’s voice into distinctly mechanical patterns to unnerving effect. ‘An Exit’, meanwhile, takes a grittier approach, vaguely reminiscent of the dark underground electro-pop of Hype Williams.


This album isn’t all about the voice, of course, and opener ‘Interference’ is a particularly strong representation of Herndon’s talents as an electronic composer. At face value, the track is merely a procession of somewhat jarring sounds, somewhat akin to those used to devastating effect by Tim Hecker on Virgins. What’s wonderful, however, is the way that these sounds are resituated in a distinctly dance-friendly environment. As such ‘Interference’ is a masterful display of arrangement that arguably works more convincingly than anything Herndon has ever previously done.

The most bizarre moment is ‘Lonely at the Top’, a spoken word piece that certainly reaches a newly obvious level in the creepiness stakes. Inspired by the idea of autonomous sensory meridian response (ASMR) – the phenomenon of physical sensation resulting from sonic prompts – it’s a truly unpleasant listen, and one that should remind listeners that Herndon is emerging from the leftfield. One is left feeling slightly unwell by the time of the track’s conclusion.

It’s important to remember that Platform is a record as concerned with making important political points as it is with new musical ideas. ‘Home’ makes this most explicit, featuring as its core refrain the line, “You know me better than I know me”, in an ode to the NSA. The whole record is a document of contemporary existence in a world dominated by neoliberalism and electronic innovation. This culminates in closer ‘New Ways to Love’, which appears to be a plea for renewed human interaction in such an environment, albeit perhaps one still broken apart by computerised interventions.