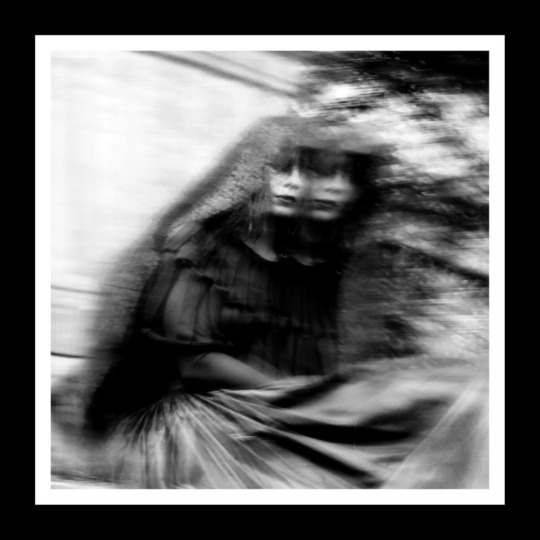 In hindsight, Gallows’ brief flirtation with dizzying major label heights - which led to a legendary million pound contract, as well as their heartfelt-but-imperfect ‘fuck the system’ concept album, Grey Britain - embodies the very fate of modern rock music. The big time, and modern guitar music, simply don’t mesh - and since the departure of founding singer, Frank Carter, Gallows have become - let’s face it - a distinctly better band. Carter’s since gone on to form Pure Love, a group that make The Script look almost edgy, so the fact his co-ordinates weren’t in line with the rest of Gallows is now all the clearer. Frank Carter’s guitarist brother, Steph stuck around to complete the group’s self-titled third album, but departed in February 2013, leaving Gallows a brutal blunt four piece. Despite robbing the group of that refreshingly English sounding anger, Canadian vocalist Wade MacNeil (formerly of Alexisonfire and Black Lungs) appears to push them exponentially harder than Frank Carter ever did, and it makes the weaving ducks and dives of Desolation Sounds every bit as blistering as the high-paced hardcore punk at the heart of their last self-titled effort.

While Gallows was about self-reassurance, and reaffirming the band’s very existence post-Carter, it retained a lot of the social commentary that characterised earlier Gallows work, still obsessed with life in Broken Britain on tracks like ‘Austere’ or ‘Victim Culture’. That part of the music’s all but gone on Desolation Sounds, with Gallows entering the realms of gothic fantasy. Lead single, ‘Bonfire Season’, has MacNeil properly singing gruff whiskey-soaked nightmare visions over an actually swampy bit of riffage; it’s not quite The Cramps-meets-Tom-Waits, but it’s in the same post code. Hell, there’s even a tambourine!


Opening gambit ‘Mystic Death’ is the sort of post-hardcore anthem we’re all used to, ready to get heads nodding on the festival stages dedicated to such aggro that survive in 2015, but even on the title track which quickly follows, we hear bluesier guitar playing and toned down singing (admittedly still hurling at us full pelt). ‘Chains’ and ‘Leather Crown’ both continue the faintly Southern gothic vibe, scattering choral and twangy interludes between more aggressive sections. Towards the tail end of the album, ‘Cease to Exist’ breaks the mould entirely with a piece of perfectly executed punk balladeering. MacNeil’s vocal keeps its gruff edge, almost breaking entirely at several points, but nonetheless commits to some truly soulful singing atop an incredibly pretty set of chords, and emotional six-string plucking. It’s all the sort of stuff At the Drive-In started doing right before birthing the much further-reaching prog of The Mars Volta. Not to suggest Gallows are gonna start stretching out for dozens of minutes at a time, but the breadth of their sound is larger now than its ever been, and it makes Desolation Sounds all the better. The choruses are getting more singable too - ‘Death Valley Blue’ has all the traits of a stadium-shaking, fist-pumping sing along. It opens with “We are both prisoners / we want, we want, we want / to make our escape!”, and melts into an immensely satisfying set of classic (almost nu-metal) cadences and rhymes. The album closes with ‘Swan Song’, triumphantly declaring “there’ll be no swan song”, before melting into a series of descending acoustic guitars and feedback.

The title Desolation Sounds stems from a large body of water (called Desolation Sound) west of Vancouver in MacNeil’s home country. It’s a far flung corner of North America (although everywhere there’s pretty far flung by European standards), but it’s by no means the ends of the Earth suggested by its name. That’s where we find Gallows here. They’ve grown a lot, their songwriting’s improved, and the loss of both Carters has only sharpened their sound. Wade MacNeil’s original band, Alexisonfire, have actually announced a series of reunion shows this year, including festival slots at Reading, Leeds, Sonic Boom and Riot Fest Toronto - quite what this means for Gallows remains uncertain (securing MacNeil for a few extra dates could be vital at getting the anthemic peaks of Desolation Sounds heard in their prime setting). Either way, after several years and albums of adding and removing this and that from their sound, Gallows are undoubtedly at their prime on Desolation Sounds. The Southern gothic touches strewn throughout the album help make this their best set of angry anthems to date.