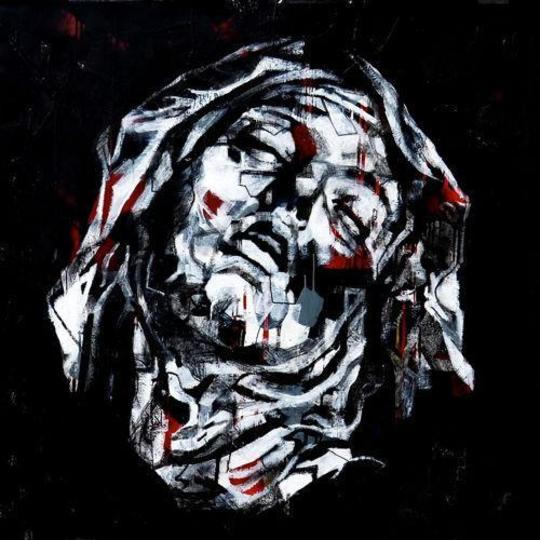 With the psych rock revival showing no signs of losing momentum, it's apt that one of the genre's most pulsating live acts have finally unleashed their debut. Three years after announcing their arrival in the shape of 2012's self-titled EP, Italian outfit Sonic Jesus can also lay claim to releasing one of the scene's – and this year's – finest collections.

Originally hailing from the village of Doganella Di Ninfa in the Lazio region. The duo of Tiziano Veronese and Marco Baldassari have spent the ensuing time between releases honing their live sound whilst building up a library of incendiary pieces, 16 of which make up Neither Virtue Nor Anger. Although extended to a four-piece in the flesh, none of the sheer ferocity and energy of their live performance is lost here.

Indeed, the songs on here serve as a running document of the band's history from their beginnings to the present. Recorded over the course of both 2013 and 2014, Neither Virtue Nor Anger has been a long time in the making but not without good reason. The band themselves claim the record represents 50 years of music and with its sonic palette encompassing a broad spectrum of styles from industrial noise to psychedelia, folk to krautrock with dashes of shoegaze and post-punk thrown in for good measure, it's difficult to argue with such a bold statement.

While two of the songs from that long sold out EP resurface here - albeit remixed and mastered for the album, the majoritry of Neither Virtue Nor Anger will be unfamiliar to many. Nevertheless, with titles like 'Cancer', 'Sweet Suicide','My Lunacy' and 'Dead' among them, it's clear Sonic Jesus aren't here to wish anyone a nice day. Influenced by the Bacchanalia festivals of Rome and Feilini's 'Satyricon' as well as a plethora of musical staples both past and present, Neither Virtue Nor Anger goes above and beyond the realms of your average psych record, never once falling into pastiche or homage.

Instead, it takes the form of an industrial barrage of hypnotic sounds and devilish mantras split into two parts. Audacious in structure; who else would unleash a double album at the first time of asking in 2015? Opener 'Locomotive' slowly builds itself into a combustible wall of sound reminiscent of The Warlocks' earlier releases before eventually exploding into an aural crescendo in its final third. Bells toll and 'Triumph' is unleashed like an amalgam of Nine Inch Nails and Spacemen 3 with Andrew Eldritch on vocals.

Live favourite 'Reich' - formerly included on a 2013 Reverb Conspiracy compilation and groove-laden tones of 'Sweet Suicide' segue swiftly into hypnotic mantra 'Dead'. Fuelled by intensity and a desire for experimentation, the seven minutes long opus that is 'Paranoid Palace' represents the album's most ambitious statement yet. Part stuttering brooder in a similar vein to Dead Skeletons' 'Om Mani Peme Hung', yet also part psychedelic calypso (yes, really). It's as far removed from any of the Black Angels/BJM/Spacemen 3 copyists as one could imagine, and all the more extraordinary for it.

Which isn't to say there aren't parts of Neither Virtue Nor Anger that stay true to the current psych rock ethos. 'Monkey On The Back', the oldest composition on the record fuses dirty blues guitar licks with heavily orchestrated rhythms not a million miles from The Black Angels signature sound, while 'Drift 22' could be The Dandy Warhols' goth alter egos in a parallel universe.

However, such comparisons are very few and far between. More often than not, Sonic Jesus would rather use brute force as a way of exorcising their demons. Occasionally resorting to playful keyboard heavy interludes ('Luxury') and even flirting briefly with glam rock ('Cancer'), it's a revealing compendium of sorts if only to illustrate the level of diversity its creators went into assembling each of Neither Virtue Nor Anger's individual parts.

'Telegraph' hums like an awoken spectre of Suicide's 'Rocket USA' while cathartic closer 'Kali Yuga' erupts into an apocalypse of its own bringing the record to an end forthwith. If art is life as its creators state then Sonic Jesus are living it to the full. The resurrection just got louder...