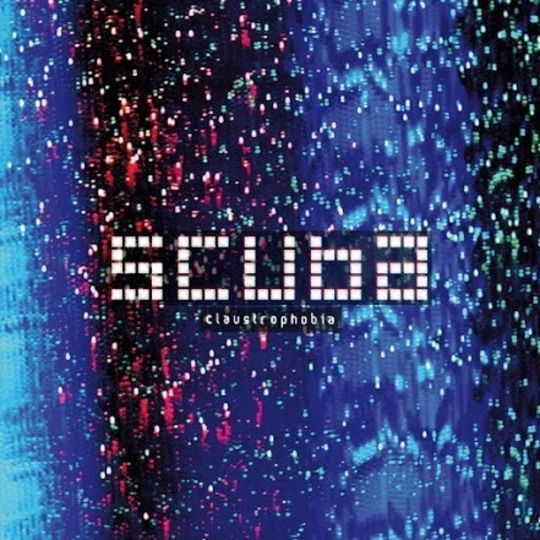 The influence that Scuba – aka Paul Rose – has exerted on the UK electronic music scene over the past ten years as producer, DJ and label head is so significant it’s hard to believe there’s only a single man behind the moniker. During the early noughties he was a key figure in the rise of dubstep, producing one of the scene’s best LPs in Triangulation. He’s subsequently released a consistent supply of original material, played a five-year residency at the Berghain, and worked out with Recondite, whilst his handiwork as founder and label-head of Hotflush, though not so explicitly his own, is even more impressive.

His Twitter feed – a bizarre combination of brutal put-downs, political disillusionment, commentaries on a range of issues from dance music culture to homophobia, and even the odd moment of self-sabotage – is entertaining at worst, unflinching and accurate at best. Something of a contrarian, Rose isn’t afraid to speak his mind: in January’s special edition of FACT Magazine’s Singles Club, his review of ‘Only One’ concluded that Kanye West and Paul McCartney 'should probably die together'.


Few electronic artists spread themselves as thinly as this (or open themselves up for quite so much ridicule). But it’s partly Rose’s tendency towards boundary pushing and confrontation that’s long made him such an interesting producer to follow. Although his recent work has felt a little caged in by its own beats – something especially noticeable on his Phenix releases from 2014 – it’s cycled through some interesting genres, and by maintaining a busy touring schedule he’s managed to stay relevant to a new generation of electronic music fans who didn’t listen to Triangulation or A Mutual Antipathy.

Whilst it’s not a very well-kept secret that the long format is often an opportunity for DJs to escape the constraints of making predominantly beat-driven music, LPs in general have always been the arena best suited to Scuba’s skill set, and Claustrophobia – his first in three years – is a testament to that fact. With the freedom to try out tracks like ‘Family Entertainment’ – a beatless, abrasive interlude filled with distorted voices – or pull up quite unexpectedly part way through the arpeggiated motions of ‘Drift’, he's definitely at his most versatile. But Claustrophobia is less an opportunity to avoid club-oriented music as it is to furnish it with some context in the setting of a body of work.

In this respect, Claustrophobia has more depth than any of Rose’s recent output. Like the soundtrack to some dystopian science fiction film, it can be cloying and heavy at times – particularly when the tempo slows down to a crawl – but on the flip side it’s at its most rigid and oppressive when the beats lock in on ‘PCP’, or ‘Television’. Work your way through the album, and these changes in tack become larger arcs, progressing with the same attention to mood and backdrop you might associate with a movie score – rising and falling to the tempo of an unseen story and its invisible set of scenes and characters.

This, in part, is probably why it’s such an evocative album to listen to. Stretching the disembodied female vocal line on ‘All I Think About Is Death’, for example, over the sound of smashing glass, or fading in the wind gusting at the tail end of ‘Television’ – these faint reminders of music as accompaniment to real life (or maybe, more accurately, as accompaniment to experiences) serve both to add colour to an already narrative-driven album, and to engage you much more closely with the music.

It’s an interesting album to listen to. And that this is the case – that Claustrophobia feels richer and more worthy of exploring than the likes of ‘Hardbody’ or his Phenix releases – probably shouldn’t come as too much of a surprise. Its creation in the wake of Rose’s illness during 2014 – which meant he was forced to cancel the majority of his schedule for the year – has presumably meant more time to spend on the LP’s finer details. And it's these that make it easy to listen to again and again.