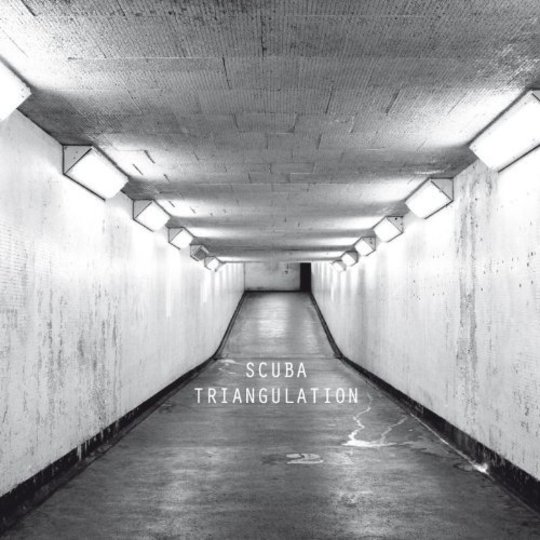 Only a year ago, you could have been forgiven for being completely unaware of Paul Rose’s Hotflush label. Save those paying close attention to the community surrounding dubstep and its many variants, its output had barely made a dent in more general consciousness. The last nine months or so have seen this state of affairs shift quite spectacularly, riding off the back of the label’s two main crossover concerns - Joy Orbison, he of BBC-baiting ‘Hyph Mngo’ fame, and Mount Kimbie, the label’s house band du jour. Both have proved to be aces in the deck, the latter’s slow-burning and sweetly melancholic electronica a welcome reminder to those outside its obsessive fanbase that dubstep can have a heart as well as balls.

His ubiquity is such that it’s pretty hard to believe that Joy Orbison was a total unknown this time last year, but his sudden ascent should hopefully shift the spotlight further towards Rose himself. As well as running Hotflush and its sister imprint, he’s been making subtly beautiful dance music as Scuba for a few years now. As a Berlin-based artist – and one who runs a monthly club session in the cavernous chambers of techno mecca Berghain, no less – his music is obviously informed by that city’s deeply ingrained dub and techno subcultures. But married to early dubstep’s oppressively urban atmosphere, his debut album A Mutual Antipathy retained that genre’s slower traits, relying on an impressive host of remixers to twist it into more propulsive dancefloor shapes.

Perhaps as a result of his time spent within Berghain’s monstrous halls, follow up Triangulation displays more immediate dancefloor heft, but also hides greater riches in its rarely explored dark corners. The most notable difference is the further prominence of his home city’s sonic hallmarks. Whilst in 2008 A Mutual Antipathy remained in thrall to London, in 2010 it’s as if Berlin has fully seeped into all the cracks of Scuba’s music, becoming as crucial to its current incarnation as the UK was to its last. A large portion of Tringulation is given over to heaving slabs of pristine dubby techno – this time the closest relatives of tracks like ‘On Deck’ and ‘Tracers’ are local legends like Marcel Dettmann and Shed, as opposed to Digital Mystikz or Loefah. This proves to be a welcome evolutionary development, the oceanic sub-bass of ‘You Got Me’ carving out wide-open spaces for the rest of his music to operate with greater pace and rhythmic consistency than before.

But all of this having been said, it’s the connection to dubstep that continues to define Scuba’s music. If it weren’t for the crackle and hum of London’s ghosts, these tracks would likely remain tied to a teutonic rigidity. Instead they positively effervesce with barely restrained energy and an infectious unwillingness to sit still for more than a few seconds at a time. Like his career-high recent single for Naked Lunch, ‘Negative’, many of Triangulation’s finest moments resurrect and electrify the skeletal shapes of two-step – both the phantom garage of ‘Latch’ and the woodblock beat of ‘Tracers’ rebuild its sexy swing for a new generation. Most startling are his excursions into half-tempo Autonomic drum‘n’bass - the glacial ‘So You Think You’re So Special’ initially comes across as little more than an interlude, but closer listens reveal it to be the human heart beating at the album’s core. At its centre a tantalisingly brief female vocal drifts in space, suspended between cascades of white noise and implied junglist percussion, rising and falling before simply fading away.

It may prove that Triangulation’s subtler charms prevent Rose from achieving the kind of wider recognition some of his labelmates are currently courting. In some ways it’s a shame, as it’s a step up in every way from his older material. Still, it’s one hell of a statement, and along with Shackleton’s mercurial Three EPs IT marks the pinnacle of the dubstep/techno crossover thus far, infused with the latter’s restless energy but possessed of real, tangible soul.