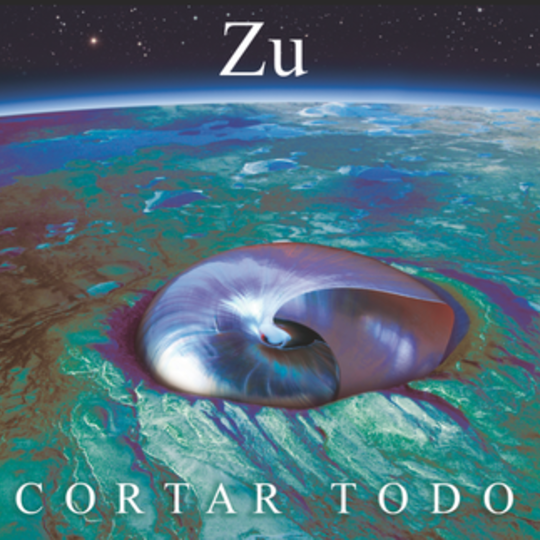 Italian jazz-metal experimentalists Zu have garnered an extensive list of collaborations in their fifteen-year career. What we know as 'Zu' really comprises an attitude to making jazz-inflected math-metal more than a static collection of instrumentalists. Nonetheless, the departure of drummer Jacopo Battaglia following the trio’s utterly brilliant Carboniferous opus released via Mike Patton’s Ipecac Recordings in 2009, temporarily put up an immovable object before the unstoppable force. Battaglia’s utter virtuosity, and uncanny knack for both aggressive and expressive drumming, wound up somewhat defining Zu’s best moments. The group’s Steve Albini-produced Igneo album from 2002 framed Battaglia unignorable in the centre of every song, fuelling the iron behemoth from within like an overactive piston. Anybody who’s seen them live will attest to the man’s brutal energy and sheer power as a drummer. Then like a white knight, cometh the American, Gabe Serbian - best known for his work in The Locust and more recently, hardcore music’s most underappreciated band, Retox. This new iteration of Zu with Serbian already put out the Goodnight, Civilization EP on Austria’s Trost records in 2014, showcasing the group back at their pulsating, abrasive finest (even including a guest vocal from Napalm Death’s Barney Greenway). For all their detours into neighbouring genres, Zu are still on top form when blasting arse-loosening sax cries over grinding math-metal structures, and luckily Cortar Todo very much picks up where Carboniferous left off, delivering on the promise of Goodnight Civilization to keep flying the flag for jazz-math-metal in the 2010s.

'The Unseen War' opens the album with the 45 seconds of idyllic field recorded nature. Perhaps it was made in the Bologna countryside where the album’s recording took place, but in any case the lunge from the tranquil to the manic happens quickly, and cunningly represents the group’s welcome wake from slumber. Stoner riffs emanate from bassist Massimo Pupillo, as do snarls from saxophonist Luca Tommaso Mai and Gabe Serbian’s colossal drums, which evoke Sabbath’s classically heavy Bill Ward more than Battaglia ever did. The opener shifts restlessly from riffage to abstract quivering noises akin to restless crickets, before turning to outright hardcore blast beats for a nuts finale. The group’s intricate maze-like math rock structures remain intact, but their attack has had its razor sharp edges smoothed. The listening experience is now more akin to being beaten with a blunt object than it is to jabbed at with a blade, largely down to Serbian’s less busy-handed, more sure-footed approach, but also as a result of Zu’s toning down of the group’s free-jazz influences. The sax playing continues to morph out of recognition in a fuzzy lo-fi chamber as on Carboniferous, and the bass lets out dozens of passages of nuclear sludgy power chords (just check out the intro to ‘A Sky Burial’), almost never letting out a note that’s not distorted. The sanding of Zu into a much blunter object serves them well - every moment slugs one massive punch right to the gut when they’re in full swing - and they’re in full swing for most of the album’s svelte 10 tracks in 40 minutes.

There’s an ambient interlude of sorts on the sixth track, ‘Serpens Cauda’, which cuts out the band entirely in favour of ghostly synthetic atmospherics, and a distant processed female vocal. It drifts along for four minutes, resembling the opening moments of some Bvdub epic, before simply disappearing back to nowehere. The album’s second half goes on to gradually flaunt the album’s (relatively small number of) flaws. ‘Conflict Acceleration’ introduces guest keyboardist Joey Karam from The Locust, who fiddles with tones that eventually duet with a pounding Zu. It’s sounds triumphant, but ultimately doesn’t get where you want it to go, cutting just as it reaches peak awesomeness (the track’s only two-and-a-half minutes long). ’Pantokrator’ closes the album with five spindly droning minutes, pairing the group with a field recorded Amazonian medicine man’s singing stemming from the bassist’s travels. The tension actually grows to higher levels than at any other point on the album, Serbian only suggestively banging out a few tomtom bashes while long tendrils of gnarled chords unfurl alongside the medicine man. It then collapses into a harsh burst of white noise and we once again hear the sounds of nature that opened the album. It’s a great moment, but one feels Zu should have taken it a bit further.

Ultimately, Cortar Todo contains all that’s great about Zu. It’s unassumingly loud, and intensely physical, wrestling with the listener in a swarm of noisy sax blasts, gnarly riffs, and often surprisingly catchy math themes. Nonetheless, it feels unfinished. These tunes have the makings of an album every bit as great as Carboniferous, but as they appear here, it’s all in need of a couple more pounds per square inch. That having been said, even an imperfect Zu record outstrips 99% of the competition. Long live Zu!