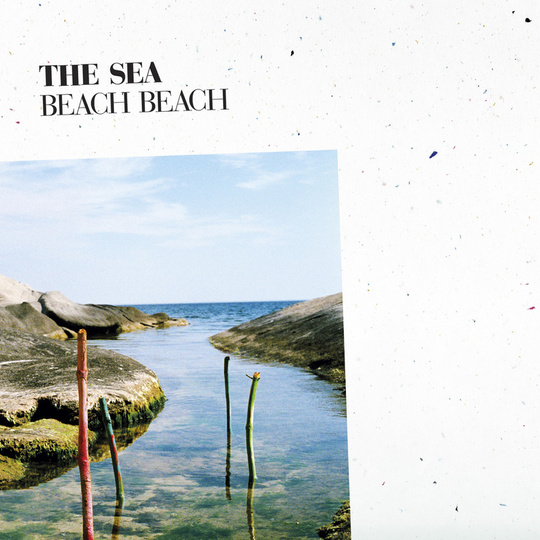 The process behind picking a band name has always been one which has intrigued me. I’ve probably devoted far too much time down the years to considering this idea of an arbitrary couple of words being the basis of representing the blood you’ve poured into your art. Now that the internet has become the primary means of finding music for most people, your band’s name is often the first impression the listening public will have of your work. Nobody’s really got enough time for bands we don’t fancy the look of, and our ready access to alternatives makes it all too easy to discard a band forever based on name alone.

All of which brings me on Beach Beach, who just happen to be the most fittingly named band I’ve ever heard. Take one look at their moniker, the press shots of them hanging out by the shore and indeed the title of The Sea, and I’d venture there’s a decent chance you might expect sunny pop songs to be their thing. You’d be absolutely right, too, because the Majorca four-piece’s second LP is pure, unadulterated Teenage Fanclub indie-pop. To imply predictability here is no criticism, though, simply because this album is so absolutely flawlessly executed from start to finish.

The Sea’s intro ‘Friendly’ sets the tone beautifully, stuffed as it is with so many melodic twists and turns as to belie its minute-long running time. It would be a valid argument to suggest that it doesn’t really need to be here, because the album would be no less strong if it kicked off with the happy-sad catchiness of ‘Just Like Before’. However, the overarching impression The Sea creates is that Beach Beach are like a group of exuberant puppies bursting with enthusiasm to show you what they can do. In clumsier hands, this could be particularly grating, but these songs are so infectious that it seems like you’d need to be in a particularly unpleasant frame of mind to find this band anything less than likeable.

One of the most impressive things about The Sea is the way Beach Beach pay homage to their influences without ever really losing their own identity. It feels knowing, but never cynical or contrived. They’re clearly well-versed in their history but crucially they’re also confident and clever enough in its application to steer entirely clear of pastiche.

We’re talking about masters of a craft here, a band who can tie an album together with a strong theme without it ever getting samey or boring. From the adrenaline surge of ‘No Joy, No Drama’ to the wistful jangle of ‘Glaring Sweat’ to the toe-tapping finale of ‘Talking with Accidents’, there’s dozens of musical ideas which keep this thing fresh throughout. There’s not an ounce of fat here. It’s all so lean that you could describe it as clinical if it weren’t so joyous. There’s no escaping, though, this is a record with heart.

With The Sea, Beach Beach have created an album which is, in essence, timeless as far as recent history goes. It could have been recorded at pretty much any time in the last 30 years, but it still never feels retrogressive or like nostalgia for its own sake. Instead, the resulting impression you get from this record is that we’re in the hands of bona fide new indie-pop heavy-hitters here.