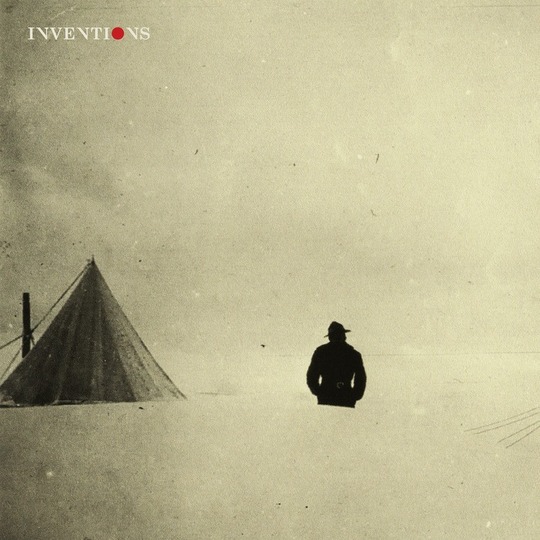 It seems like only yesterday that Inventions were releasing their debut self-titled LP and here they are already with the follow up: Maze of Woods. The short, smidge-under-ten-month’s gap between releases feels like something of a statement of intent from Inventions: 'This project is not just us doing a pretty-sounding one-off collaboration before we scuttle back off to our day jobs. This is something that we are committed to. This is something with potential'. The evidence from Maze of Woods is that they would indeed to be right to claim these things: this LP ticks all of the boxes that made Inventions such a special record but, just as importantly, adds to it as well.

The duo made their names with their day jobs in two very different bands: Mark T Smith as guitarist in post-rock mainstays Explosions in the Sky and Matthew Cooper recording as the ambient project Eluvium. There are the occasional places on Maze of Woods where you can spot the day jobs creeping into the sound: the first track ‘Escapers’ has a high chiming guitar sound that seems to have drifted straight in from Explosions in the Sky’s masterpiece The Earth is Not a Cold Dead Place. The penultimate track, ‘Moanmusic’, has the kind of simple but beautiful piano refrain that Matthew Cooper used to such great effect on some of Eluvium’s finest work such as ‘Indoor Swimming at the Space Station’. However these are the exceptions to the rule: by and large you can listen to Maze of Woods without thinking about the other bands lurking in the background, or even being aware of which member is producing which sound: Inventions has its own identity.


Both Explosions in the Sky and Eluvium write undeniably beautiful music but one thing that they have in common is a propensity to get stuck in a musical rut. They are both such superb exponents of their own musical genres (post-rock rock and ambient respectively) that they can sometimes feel like they have perfected them to the point where there is little progression from one release to the next.

Fortunately, Maze of Woods builds upon the successes of Inventions without feeling like it is simply re-treading the same ground. Just as on Inventions, the overall structure and tempo of the songs have more in common with Eluvium than Explosions in the Sky: the approach is one of ambient sound collage with elements being added in layers, drifting to the surface and fading away, rather than building to a post-rock crescendo. On Maze of Woods, however, the range of sounds that they draw from has broadened considerably: percussion, strings, synths and, most noticeably, soaring wordless vocals build a bigger and more involving sound than their first release.

The first track, ‘Escapers’, opens with the only vocals on the album that can be clearly made out: a male voice crying out that “I want to do something I don’t know how to do” and that he wants to be “a limited struggling human being”. This declaration of intent, combined with the stuttering beat and noisy ambient washes mark Maze of Woods out as being a very different beast to Inventions: this is not just beautiful and slightly soporific music that can be put on in the background and ignored. Inventions are pushing themselves out of their comfort zone, especially with regards to the use of vocals, and they want this to be a record that you actively sit up and pay attention to.

It will certainly be interesting to see where Inventions go on their next LP – which at the current rate of progress should be ready for release by Christmas. Have they taken the Inventions sound as far as it can go now or will they keep trying to push the envelope: to stay recognisably themselves and yet to continue to evolve further? Will there ever be an Inventions track that we can actually dance to? Maze of Woods is a superb record and one that should give confidence in the continued potential of the band. If they do end up bringing us a Christmas present we should feel pretty confident it’ll be a good one.