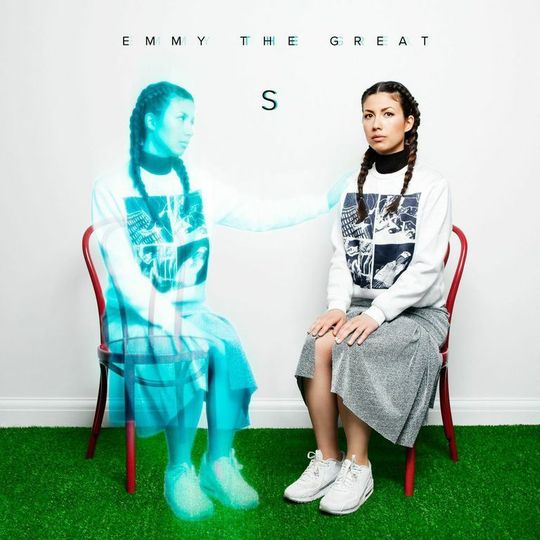 Back in 2007 this very website had a record label, that record label put out a single, and this writer bought that single, and that’s when Emmy the Great appeared in his life. That’s when I first heard that voice, that cut-glass voice that managed to be both dispassionate and so full of feeling at the same time. With Emma Lee Moss – for that is her name – the voice is your way in- you can hear the sadness and the silliness she’s always held in perfect balance. That first single featured a perfect song, ‘The Hypnotist's Son’, about falling over and banging your head and loving someone so much it gives you diarrhoea. I still can’t listen to it without getting weepy and shivering, it includes both the lines “you don’t know paranoia till it bites you in the balls” and “I am single-cell matter, and you are the sea”. Who can pull off a song that bridges those two lines?

DiS doesn't have a record label any more, and that was a long time before this website let me write reviews, but I’ve never stopped following Emma Lee Moss. Anyone who could write that beautiful, shivering, silly song that I love so much was going to be capable of great things, and great things she has achieved. She expanded ‘Emmy The Great’ into a full band and recorded two albums that jettisoned her delicacy for something warmer and musically rich; since then she’s favoured applying her talent to less personal projects that allow her to inhabit characters and ideas away from the soul-baring, poetic honesty and self deprecation of her earlier records: A christmas album with Tim Wheeler or the soundtrack to largely-ignored comedy about a Jane Austen theme park (no, really.) It’s felt like she was sharpening herself, trying on costumes and ideas, creating rehearsals for what would happen next. Which, is a long-winded way of bringing us to S, a four track EP and the first proper Emmy The Great release in some time - our first clues for the new phase.

S, especially its lead track, ‘Swimming Pool’, is the furthest Moss has yet got from those early sketches. Lyrically she’s a dispassionate observer in the narrative, and musically the remove is even greater. This is the richest, most musically complex she has ever been - we’re floating in that swimming pool ourselves, amid the gentle textures and distant washes. Even that voice has learned tricks, becoming jazzier and more experienced sounding. It’s quite something. ‘Social Halo’ brings back the cut-glass vocals and, you suspect, the more personal story telling (“all of your friends, they called me Yoko”) here there’s the sense of something slipping (“I’m starting to lose my social halo”) as the melody and finger-picked guitar are undercut by something more unsubstantial and lost in the textures behind them. ‘Solar Panels’ sounds weirdly like someones remixed the grown-up drama of Eighties Fleetwood Mac, and stretched it over a four-to-the-floor beat and some ravey synths. The lyrics are of power spread across the world - solar panels from Tokyo on the hills of Cumbria. There’s a sense of displacement in the words and the music, snatches from different worlds tracing currents, musical, electrical and personal.

The EP closes, four short songs on, with ‘Somerset’, which feels the most personal, and the most straightforwardly Emmy The Great thing here. It’s sad and a little chilly and has a lovely time juxtaposing cold, Blade Runner synths and a skeletal clangs of percussion with Moss’s happy-go-lucky “da-da-da”ing. It ends with with a plea: “please don’t get over me”. On the strength of S, with an album on the horizon and eight years of history behind us, it’s safe to say that’s unlikely.